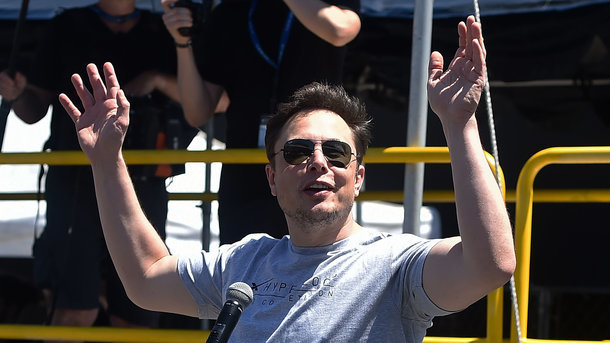 The head of Tesla Mask hired the specialists from the American bank Morgan Stanley to give him advice assistance with the issue of the purchase of shares of this company with the aim of making it a private company of a closed type. This is reported by UNN with reference to the publication Bloomberg.

It clarifies that the consultants of Morgan Stanley will not help Tesla, namely the mask in this company. The bank suspended the offer from the producer on Thursday. Explanations of this step are not, explains Bloomberg.

On August 7, Twitter Mask wrote that Considers the possibility to buy back shares of the company at a rate of $ 420 per share. Later, the website of Tesla, an entrepreneur whose share in the company was about 20%, placed a statement addressed to the employees of the company that are shareholders. According to him, the proposed initiative offers the possibility to choose: those who have a share can remain as an investor in the company, or they will be able to sell the shares at the rate of 420, ie with a premium of 20 percent.

Previously, Tesla experienced difficulties in securing the indicated production volumes of Model 3, which is vital for the company's profitability in the long term. Now the company ensures that profit from the release of Model 3 "goes to positive indicators." Moreover, the mask trusts that Model 3 can be more popular than any other comparable car.

As reported, Tesla plans to produce 500,000 electric vehicles per year in a new factory in China. The cost of electric cars is increasing due to the trade war between the US and China, so Mask hopes to lower the price of cars due to the transfer of production:

You are currently viewing the news. "Musk hired a bank to discuss the repurchase of Tesla shares – the media." Other Business News see in the "Latest news"