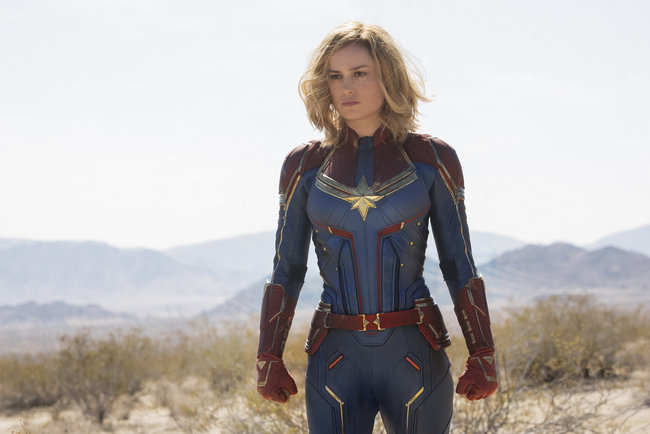 Also in the superhero blockbuster are Samuel L. Jackson and Jude Law

Fans of comics are looking forward to the premiere of the new movie "Captain Marvel", the network is already the first trailer of the photo.

Note that the film is dedicated to the character Carol Denvers of comic books with the same name. With Bree Larson and Samuel L. Jackson.

The film will unfold in the 1990s. In the plot, the heroine Carol Danvers became Captain Marvel after the earth was central to the intergalactic confrontation between two extraterrestrials.

Together with Larson in the trailer Samuel L. Jackson appears in the image of Nick Fury, Clark Gregg in the image of Agent Colson and Jude Law, who plays mentor Carol. Also in this story are Gemma Chan, Lee Pace, Ben Mendelssohn, McKenna Grace, Annette Bening and Jimon Hons.

In the cinemas of Ukraine the superhero film is available from 7 March 2019.

Ben Mendelssohn, Djimon Honsu and Lee Pace are also in the picture. The directors were Anna Boden and Ryan Flek.

Remember, recently there was new information about the upcoming premiere of "Avengers 4". The premiere of a movie in cinemas is scheduled for May 3, 2019. The network has an official list of films, which will be released in IMAX format in 2019, and together with the names on this list, the month of the premiere is also indicated. Opposite "Avengers 4" is April – not May.

Some more material on the subject:

Return of the superhero: there was an impressive trailer of the series of Marvel "Luke Cage"
Fan of "Avengers 3" could not bear special effects and died