"Every day there were men": a scandalous fact about the life of Volochkova 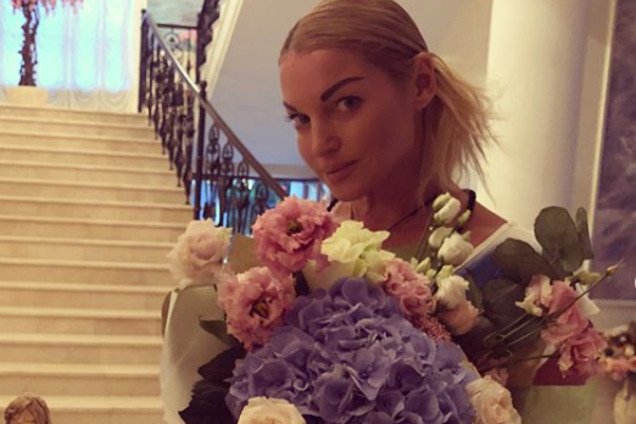 The former driver of the shocking Russian ballerina Anastasia Volochkova, Alexander Skirtach, said she had men every day.

He stated this in the program "Andrey Malakhov: Live" after he was released. The court sentenced him to three years probation for fraud and theft on the accusation of the star himself. Skirtach is certain that it is the revenge of Volochkova for his refusal in intimacy.

"I refused to have an intimacy with a person, looked into my eyes and said," I want you. "I say:" Anastasia, well, let's not destroy our dialogues with you. "But first of all she was told at what times she would, she has men almost every day, and why she came to me, I still do not understand," he said.

Skirtatch met Volochkova through a VIP class car he rented. The assistant star called the car as a taxi and later offered him a regular job. According to the former director, he soon changed into a manager, including financially. Then he became acquainted with all the scandalous facts of the personal life of the ballerina.

According to Skirtach, all the ballerina's servants warned him not to enter into an intimate relationship with her. He explained this by saying that all the staff, with whom she slept, "stopped for a month or two".

So Volochkova accused her driver that the money she gave him to pay for her apartment in Petersburg was not in the right place. As a result, the ballerina was a debt, so that it could not be released abroad. In addition to promiscuous sexual relations, the man also referred to Volochkova & # 39; s addiction to alcoholic beverages. He noticed that the ballerina really does not eat much, but takes it for the soul in large quantities.

Skirtach also remembered the bias of the star to expose himself to the public. According to him, she is actually the kind she used to show on social networks. In addition, he called her "dirty" woman.

As reported OBOZREVATEL, Volochkova recently raged users with another rope in the social network, which she performed during the training.