Funeral of Kobzon: Pugacheva came away with the singer news 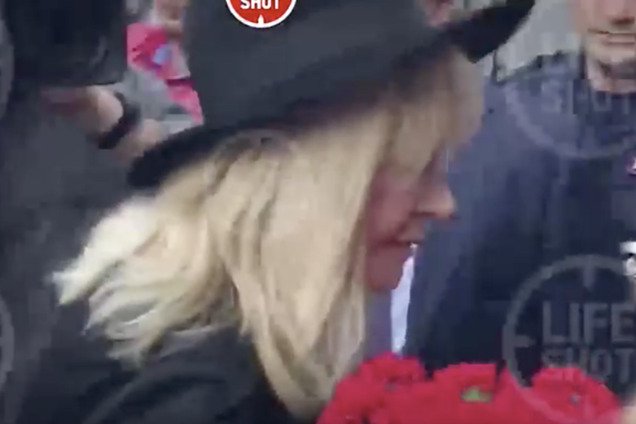 The Russian singer Alla Pugacheva arrived in Moscow for the farewell ceremony with the legendary singer Joseph Kobzon, who died of cancer on 30 August.

As Life.ru writes, she was accompanied by her husband Maxim Galkin and daughter Christina Orbakaite.

The performer did not answer the questions of journalists and came to a halt in the building of the Tchaikovsky concert hall with a bouquet of carnations.

It is also reported that Russian President Vladimir Putin visited the farewell ceremony with Kobzon, the president of Belarus Alexander Lukashenko and the head of the North Korean Kim Jong-un sent telegrams with sympathy.

As reported OBOZREVATEL, September 2 in Moscow in the concert hall named Tchaikovsky at eight o'clock in the morning began the farewell ceremony with the famous singer Joseph Kobzon.

The same day Pugacheva returned with her husband and children from Jurmala, where the Diva family spent part of the summer. The actress was in a hurry to return to Moscow to capture the funeral of Joseph Kobzon.