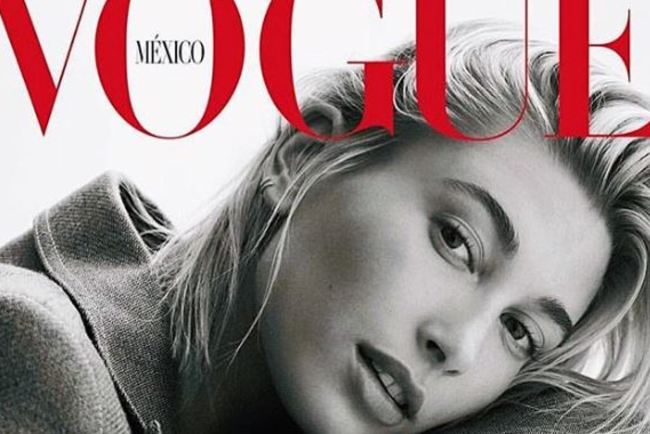 American model Haley Baldwin, who is engaged to singer Justin Bieber, decorated the cover of the magazine Vogue.

The 21-year-old model posed for the cover of the Mexican Vogue release and showed off her ring, donated by Justin Bieber. The black-and-white photo is made so that the accessory attracts the attention of the audience.

Moreover, Haley Baldwin showed other stylish photos for shine. She posed in a wedding dress.

The model also showed the usual images that are preferred in daily life.

Remember, many media have already announced that the 24-year-old singer Justin Bieber and his beloved 21-year-old Haley Baldwin have already been secretly married.

Earlier, insiders reported that the couple still have a purely Platonic relationship. According to an anonymous source, Hayley is a "pious Christian woman and a good girl" – and she does not want to hurry. Now the celebrity struggles to help the bridegroom follow the right path. Justin herself is only happy to please the girl, but at the same time to solve all his internal problems, so often goes with her to the church Hillsong.

Some more material on the subject: