Inhabitants of Yerevan carry candles to the square of Aznavour, the funeral of the Armenian singer is declared funeral

ukraine October 1, 2018 Entertainment, ukraine Comments Off on Inhabitants of Yerevan carry candles to the square of Aznavour, the funeral of the Armenian singer is declared funeral 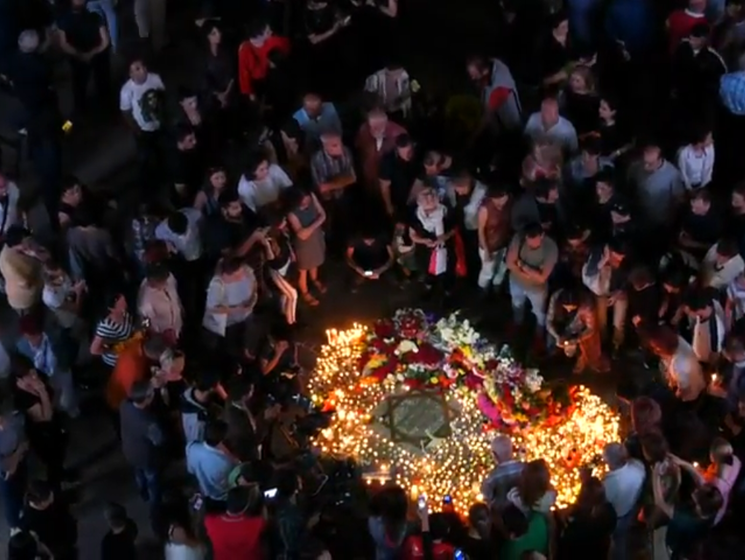 The death of the French singer Charles Aznavour is a sad event for Armenia and a loss for humanity, said Armenian Prime Minister Nikol Pashinyan.

The day of the funeral of the singer Charles Aznavour in Armenia is proclaimed mourning. On this evening, 1 October, Prime Minister of Armenia wrote Nikol Pashinyan on his Facebook page.

He also posted a video on the social network, in which he called the death of Aznavour a "sad day of our history" and a human loss.

"Charles Aznavour said:" I am a 100% Frenchman and a 100% Armenian. "Today, more than 80 years of his theater activity, he admired and gave warmth to millions, tens of millions, hundreds of millions of people, is no longer with us.day for the history of our people and our country, died the national hero of Armenia, "said Pashinyan.

Armenian Prime Minister and head of the Foreign Ministry Zohrab Mnatsakanyan took part in the ceremony of lighting candles on the Aznavour Square in Yerevan, where hundreds of inhabitants of the Armenian capital arrived, reports News.am.

The French-Armenian musician Charles Aznavour (Shahnur Aznavouryan) died on October 1st at the age of 94.

During his career, Aznavour performed about 1300 songs, played in 60 films and sold more than 200 million CDs. According to a joint poll from Time magazine and CNN, Aznavour is recognized as the best pop artist of the 20th century.