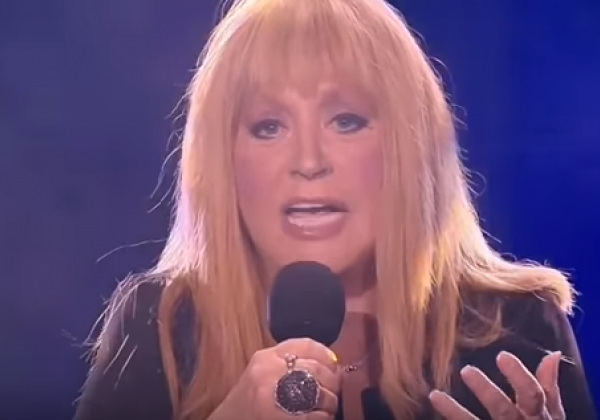 The legendary Russian singer Alla Pugacheva, who was sharply criticized by her fans for not responding to the death of the famous singer Joseph Kobzon, told us about his death three days later.

Primadonna uploaded a photo of the young Kobzon on her Instagram.

"In my heart, you will stay that way." Goodbye, "- signed the post of Pugacheva.

Many of the singer's subscribers joined the condolences. The other part, however, used the post of Pugacheva to express their impartial opinion about the singer. "This is a photo where he has not become a drug lord and a propagandist from the Kremlin?" – writes innakasianenko. "The mafia is mortal, you can not take anything to the next world, and the negative only confirms that you have left little good," svetalmeria writes.

Read alsoStop "dancing on the bones" of Kobzon. Special outrage from the fans was caused by the user's comment daaniya1: "Next you, Alla Borisovna."

Earlier, the media wondered whether Alla Pugacheva would come to the funeral of Kobzon. Such questions come in the background of countless rumors of hostility between the two stars – so Kobzon reacted very unpleasantly to Pugacheva in her autobiographical book.

Recall, the singer, state secretary Joseph Kobzon, died at the age of 30 at the age of 80. In 2004 he had an oncological disease, he was operated for the first time.

In 2004 he had an oncological disease, he was operated for the first time. Kobzon is buried in Moscow on the Vostryakovskoe cemetery.

Kobzon left his children (son and daughter) and grandchildren (the artist has 10) a legacy of almost a billion rubles.