Loboda published in his provocative photo with microblogging

Ukrainian singer Svetlana Loboda, who sings in Russia and receives prizes, published a provocative photo in her microblog. 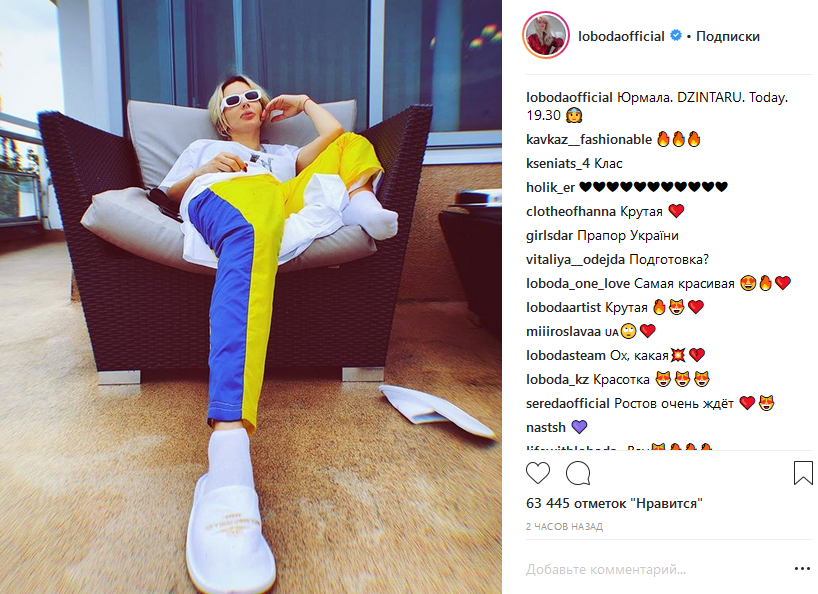 borncar.gtr Wali from Russia. And do not come here again. boo

veravaganova1488 Well, why are you wearing pants? ?? … the light, you do not have these colors … remove the photo

alexanderxrapko Get out of Russia

_cortezzzz A Th pants is not Russian I do not understand)))))

_cortezzzz Ah yes, we have to define the light with our homeland

Earlier it was reported that Svetlana Loboda will speak at the closing of the "New Wave 2018" competition, which will take place on September 9 in Sochi (Russia). It was also known that Ani Lorak made an interesting statement after the rumors about her husband's betrayal.