The lawyer of humorist Sergey Zhorin claims that the video was filmed two years ago. 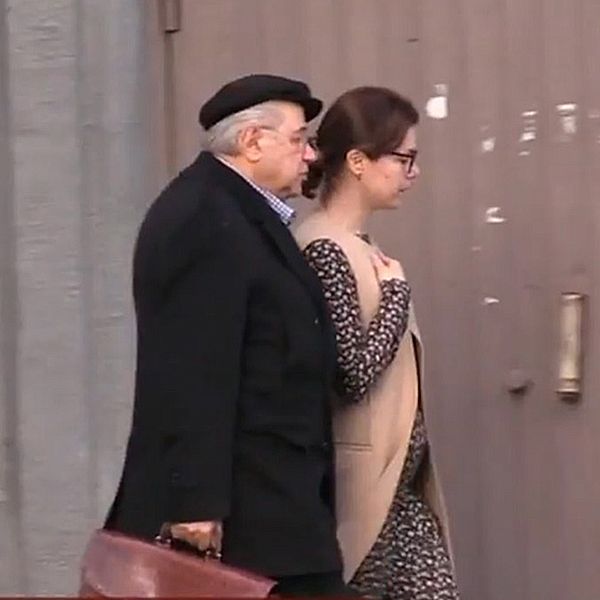 The divorce of Yevgeny Petrosyan and Elena Stepanenko is now not only discussed by the lazy one. The disagreement within the family of humorists became the main subject of the next issue of the program "Let them talk." The studio of the program brought together friends and colleagues from humorists, as well as lawyer Yevgeny Vaganovich Serej Zhorin, who decided to refute some of the most popular rumors about his client's divorce. "It's already useless to hide it, Elena Stepanenko actually filed a lawsuit with the court about divorce and property relations, but there's a lot of unreliable information in the media, there's no 1.5 billion, no maternity assistants. where, "said Petrosyan's lawyer.

According to him, talking about the divorce of the wife has been going on for a long time. He reminded once again that Petrosyan and Stepanenko have not lived as husband and wife for 15 years. But now, when they finally decided to divorce, Stepanenko specifically tries to blacken the ex-man. "Blame it all for money If one of the spouses wants to take a large part of himself, he will start with a variety of reasons, not doing the dishes, removing the trash, I think there's a lot going on in the last 30 years piled up and then advisors come in who say what should be done to not take 50 percent, but more: "the lawyer is certain.

Sergei Zhorin in the "Let them talk" program

According to Zhorin, Stepanenko absolutely requires all cultural values: paintings, figurines, icons and even films collected by Petrosyan. "She wants 100 percent of the cultural values, which is the only figure that can be specifically named because there was no assessment or inventory of property." As far as real estate is concerned, then, according to the lawyer, Elena Stepanenko wants the majority : "Relatively speaking, of the 10 objects she pretends to be 8". At the same time, there is no money in the accounts of the spouses. They are invested in real estate: "There is no money, there are real estate objects that Eugene Vaganovich has earned more than half a century."

"Just as Stepanenko does, only a deeply insulted woman can act, only an offended woman will take revenge.If Elena decides to sue the apartment and her husband's collection, there are reasons for that." TV presenter Angelina Vovk stood to protect Elena Grigoryevna. "Or deeply greedy!" The lawyer replied. Family friend Lada Bystritskaya said she respected both Eugenia Vaganovich and his wife. According to her, Stepanenko always gave Petrosian. But Sergei Zhorin, and then the humorist blackened, saying that in one of the apartments of Petrosyan a doll of voodoo was found, bared with needles. In this he also accused Stepanenko.

Angelina Vovk in the "Let them talk" program

At the end of the program, presenter Dmitry Borisov showed a video that the paparazzi brought him. Eugene Vaganovich was sealed with his young assistant, the 29-year-old Tatjana Brukhunova, who reportedly is pregnant with him. The record shows that the girl is in an interesting position.

Sergei Zhorin rightly remarked that Petrosyan and his assistant are not dressed in the summer. He said this video is already two years old: "I did my own research, this video is already two years old, by which time Tatiana would have given birth a long time ago." And maybe Brukhunova has long since given birth. ? "- suggested Angelina Vovk, the lawyer replied that there was nothing to do in such a case Zhorin is certain that the humorist's husband" just sewn. "At the same time, Dmitry Borisov insisted that the film was filmed late in the spring, and Stepanenko himself recently learned about the pregnancy of Petrosyan's assistant, so she decided to register for the real estate division.

Katya Gordon mentioned the divorce of Petrosyan and Stepanenko

Elena Stepanenko even claims the personal belongings of Yevgeny Petrosyan