As supporters of "impoverishment" pensioners who have "abolished" working pensioners 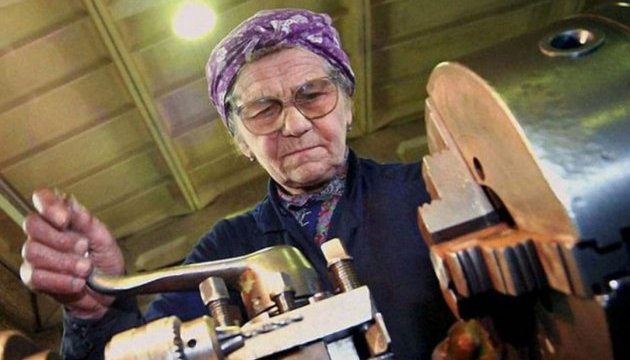 Although this was refuted a year ago in the Ministry of Social Affairs, the "news" remains stubbornly spread. A planned company? It seems that …

A few days ago the Internet received a message from the alleged Minister of Social Affairs, Andrei Reva, about the abolition of pensions to working pensioners. Apparently, according to the minister, Ukrainians will choose: work or receive a pension, but it will not be possible to combine this. There is even a quote from Reva: "There is a rule around the world – a pension or a salary.After the pension reform, when the pension becomes sufficient, you have to establish a rule – whether you work, you get a salary and retire later, but you get a higher pension, or you just go and you get a pension, but you do not work. "If employers formalize unofficially retired people, they get a fine of UAH 320,000.

At first glance the news was not like the usual fake, because it was spread by assessing internet sources such as "Hvili".

To confirm or refute this information, Ukrinform contacted the press service of the Ministry of Social Policy of Ukraine. "About the alleged abolition of pensions for working pensioners: this information is completely untrue Pension reform, which began last October, led to a reduction in pensions for pensioners, which had previously been reduced by 15% The reform has lifted this problem and pensioners now work 100% of pension payments and there are no plans to stop payments, which is fake. "

But interestingly, the "scarecrow" appears with reference to the minister about the possible abolition of pensions to working pensioners periodically in the information area, starting from February last year. For example, the news about UNIAN on 14 February 2017: "Whether a pension or a salary": the Minister of Social Policy told about the pension reform. "And they cite the same quote as the" new "news.Then – in September 2017, for example, on the site u-news.com:" Ukrainians have a choice: either to work or receive a pension, it will be impossible to "Once again, a quote about international practice, this news was distributed in the winter of 2017-2018, and in all these cases the press service of the ministry denied this information.

And again the same … This time the situation reached the point of absurdity: the internet source & # 39; Transcarpathia News & # 39; published a & # 39; news & # 39; on the abolition of pensions for pensioners. On July 16, a remark appeared with the headline: "In Ukraine they will simultaneously receive a pension and a salary", on July 18, with the following: "Another surprise: it is illegal for the Ukrainians to simultaneously pay a pension and a salary received ", and on August 19 – with another:" Work after retirement it will be impossible – the Cabinet. "In all cases the content of the news is identical: a quote about international experience, an explanation of how everything will happen and a figure of 320,000 fine.

So if the text has spread so actively for a year and a half, it is unlikely that this text was invented for everyone – who needs it. That's why we have to find the source. "Hvilya" in the "news" referred to the source "News of Transcarpathia", and which in turn to the resources market.korupciya.com. There are no contacts on this site, no links to the source. "We are an independent news agency, a young and promising team", says the section "About us". And in the news about the abolition of pensions, published on July 19, there are no sources at all, to whom Reva has stated that this is not known.

It turned out that the primary source is the interview of the Minister of Social Affairs Andrei Reva site "Realist Online", published on February 14, 2017. And it seems that it is real – it was taken by journalists Rostislav Shapovskiy, now employed by RBC-Ukraine and Evgeny Buderatsky, now deputy editor of Ukrayinska Pravda, and they worked in Realist.

In an interview, among others, Andrei Reve is asked the following question: "Are there plans for working pensioners?" To which the Minister replies as follows: "There is a rule anywhere in the world – a pension or a salary After the pension reform, when the pension becomes sufficient, you have to establish a rule – whether you work, you receive a salary and you retire later But you get a higher pension, or you just go and you get a pension, but you do not work. "That is to say, at first these messages did not seem to lie, as it were – the minister of social policy really went for it. that it is possible to abolish pensions for working pensioners. But only the sentence "when the pension becomes sufficient", which radically changes the essence of what the preacher said, ignored everyone.

That is, pensioners are not working to cancel pensions. Point. But "supporters of impoverishment" seem to spread this "news" a year and a half ago, ignoring all published denials and statements. Is it because it is socially important, and in general, pensions – is it too painful for our society? And maybe the reason is that journalists are not professional, they do not check the sources, they give the "bearded news" for the new one? No one denies this, but the perseverance, with which some, unfortunately, still colleagues, call this rusty rail, raises the doubt that everything is so simple. It appears to be a planned action under all indications.

While this does not deny that some of our politicians need to improve their communication skills, it's good to think about wording before you say something – Andrei Reva's experience confirms this.