Death of Zakharchenko: new photo's of the funeral of the militant leader were published 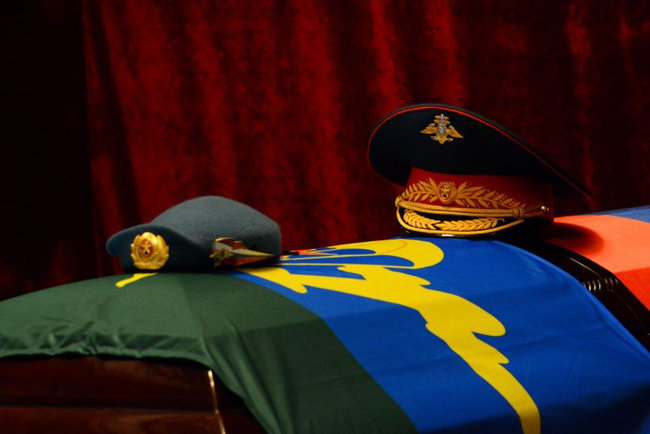 To say goodbye to the leader of the militants. "DNR" Alexander Zakharchenko, who died as a result of the explosion in the cafe "Separ" in Donetsk on August 31, reportedly came to 120 thousand people.

This was stated by the propaganda media of the unrecognized "republic", which also released new photos from the "farewell ceremony".

As you know, on Sunday morning in Donetsk drove government staff and school children to participate in the farewell ceremony with Zakharchenko. Because the mourning takes place in the building of the Academic Opera and Ballet Theater of Donetsk, named after Solovyanenko, in the center of the city, the movements of vehicles and the ambulance staff are blocked.

Earlier the head of the SBU Vasily Hrytsak fixed that the Ukrainian side is not involved in the death of Zakharchenkoand the main reason for its elimination can be disassembly on a commercial basis.

A Minister of Foreign Affairs of Ukraine Pavel Klimkin expresses his confidence that the death of the leader of the Donetsk terrorists could cause Zakharchenko new terrorist provocations by Russia. He is convinced that in Donetsk there are real criminals, supported by Russian special services and military personnel.

Read more in the material "Elimination of Zakharchenko in Donetsk: all details".

You are now watching the news. "For the funeral of Zakharchenko 120 thousand people were driven: new photos were published." In other news from Donbass look in the block "Latest news"