ukraine October 1, 2018 Nation, ukraine Comments Off on In 2018 at least 23 children were injured by military operations in the Donbass 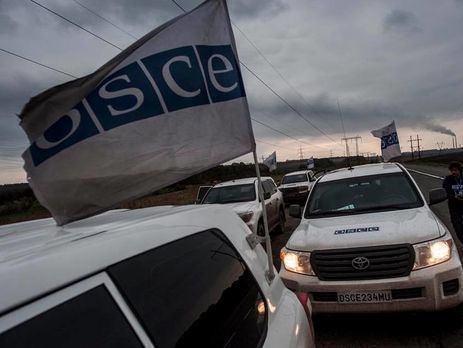 During the 29th and 30th September, as a result of the conflict in the Donbass, three children were killed and two others were injured, said the press service of the special monitoring mission of the OSCE.

In 2018 at least 23 children were injured or died in the conflict area on the Donbas. This is October 1st reported a special OSCE monitoring mission (CMM OSCE) on Twitter.

"OSCE CMM is angry about the news of the death of three children and wounded two children this weekend [29-го и 30 сентября] in the east of Ukraine. It was not until 2018 that at least 23 children were injured or members were injured. Children remain victims of the ongoing conflict, "the report said.

SMM # OBSЄ pissed off with newbies about those who disappeared during the meeting of the Ukraine. Age of 2018 years old / month / year / month 23 years ago. Діти продовжують бути жертвами тривалого конфлікту # ЖоднихЦивільнихЖертв

On 30 September, the mayor of occupied Gorlovka, Ivan Prikhodko, reported that three children died as a result undermining a mine, another child was injured. Ukrainian human rights activists discovered the names of the affected children.

The Commissioner of the Verkhovna Rada for human rights in the region of Lugansk and Donetsk, Pavel Lisyansky, said that the children died at Gorlovka because of the disruption of the mine clearance agreement by the DNR and added that the surviving child in a moderate seriousness.

Armed conflict in eastern Ukraine started in April 2014. There is fighting between the armed forces of Ukraine and pro-Russian militants, who control a part of the region & # 39; s Donetsk and Lugansk.