In Nikolaev they murdered a well-known scientist, the researcher of the Holodomor 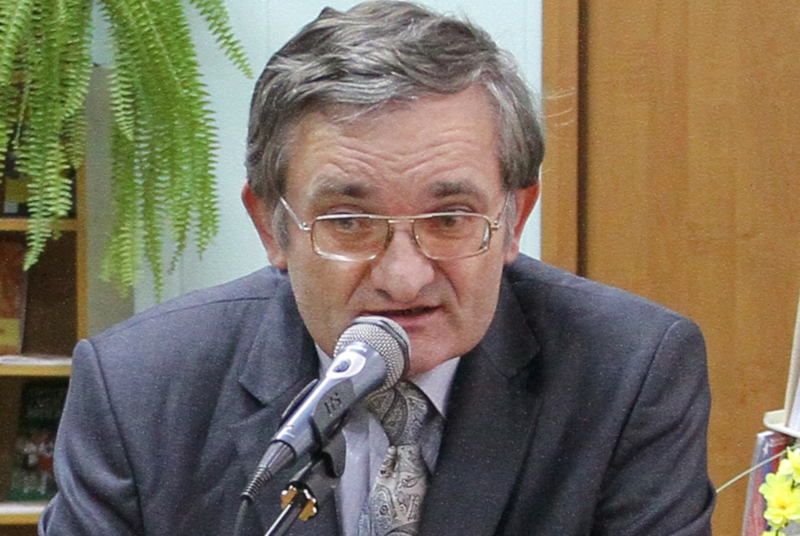 The man, found today with a knife in the back of the apartment of the house on the street. 3rd Slobodskaya in Mykolayiv, was a professor at Nikolaev National University. Sukhomlinsky by Nikolay Shityuk.

This "News-N" reported its own source in the public prosecutor's office.

Nikolay Shityuk was found with a knife in the back of the mistress of a rented apartment.

A woman who gave him an apartment for three hours started calling his tenant after this time, but his phone did not answer. When she arrived at the apartment, she found a tenant with a knife in the back with no signs of life.

The research-operational group of the Central Police, experts came on the spot.

The body of the murdered Nikolai Shityuk, after having carried out all the operations and research on the spot, was sent to a forensic medical examination.

For what purpose Nikolai Shityuk was in a rented apartment and what exactly happened there, it is necessary to discover the research.

It is worth noting that the body of Shytyuk was found in the same house in which Oksana Makar was raped in 2012.

Professor Shityuk was one of Holodomor's most famous researchers from 1933 in Ukraine and abroad. He is the author of more than 200 scientific articles that have been published both in our country and abroad.

Since 2008 he has held the position of director of the educational and scientific institute for history, political science and law at the Nikolayev National University, named after VA Sukhomlinsky.

Since 1993 he has worked in the city of Nikolaev as a university lecturer, head of the department, professor and dean of the faculty.

In February 2004 he became director of the Mykolaiv Educational and Scientific Institute of Odessa National University. II Mechnikov, at the same time head of the political science department. He is a constant participant in international, all-Ukrainian, regional scientific and scientific-practical conferences.

Since 2008 he has led the educational and scientific institute for history and law of the Nikolayev National University, named after VA Sukhomlinsky. Hagrades: the Order of Merit of the 3rd degree, the laureate of the Nicholas Arcas Prize, the Order of the Holy Match-to-the-Apostles Prince Vladimir the Great 3rd degree, the breastplate "The Visitor of the Ukraine".