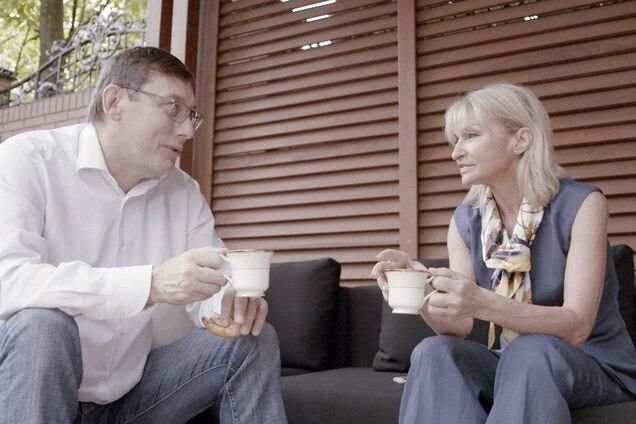 In a congratulatory message to Independence Day, who placed Prosecutor General Yuri Lutsenko on Facebook, he showed the whole family, including the newborn granddaughter, who was called Alexandra, as her father – Alexander Lutsenka, and their daughter-in-law, who, after the wedding of her son Lutsenko called "daughter".

Yuriy Lutsenko wrote that he was proud that his children and grandchildren were born and lived in Ukraine. As you know, his wife Irina Lutsenko is also a famous politician.

Also in the video there is a "favorite" of the family – the Bernese Mountain Dog Churchill, who Irina Lutsenko gave her husband for her birthday.

Against the background of a huge library in his house, Lutsenko notes that he believes in the future of Ukraine, because "after the twilight always comes light" and looks at the yellow-blue flag, which is on the special flagpole at the entrance of his house is mounted.