Militants in the Donbas attacked the APU and now consider the dead: battle report :: donbass.ua 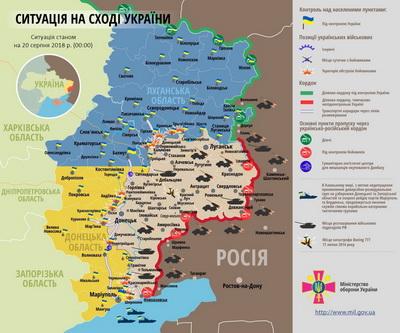 During the last day on August 20, the terrorists of the "DNP / LNR" continued to use weapons that were prohibited by the Minsk agreements.

The Ukrainian army emphasizes that the situation in the field of environmental protection remains fully under control of the armed forces, reports "Dialogue.UA".

In the direction of Lugansk the invaders attacked Lugansk, Southern, Crimea, Zheleznoye, Zaitsevo and Katerinovka from various weapons.

On 20 August, the Donetsk area had the largest number of terrorist provocations, which were fired at the sites of the forces of environmental protection in the areas of Vodian, Shirokino, Novosyolovka Second, Lebedinsky and Pavlopol.