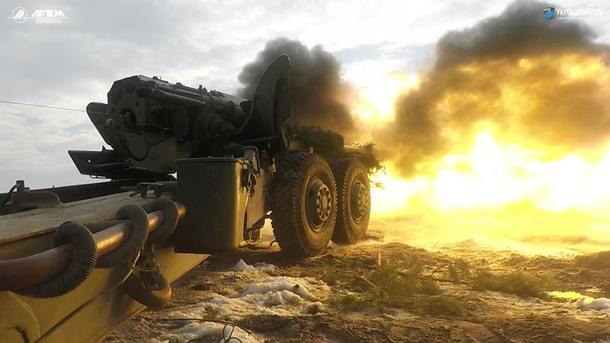 President of Ukraine Petro Poroshenko has stated that testing of 152 mm shells from domestic production completed and mass production now begins. This is on his Facebook page.

The head of state emphasized that Ukraine also intends to produce other ammunition for the artillery of the APU.

"152 mm projectiles for the artillery system" Hyacinth "have been completed and the Artyom factory is now engaged in the series production of 152 mm grenades, which will soon be delivered to the Ukrainian army, and the next step is to proceed to the production of shells and other artillery systems in sizes from 100 mm to NATO caliber in 155 mm ", – said Poroshenko.

Remember, at the end of July artillery APU tested new large-scale projectiles. Explosive shells were used during baking. And to assess the ballistic properties of the grenades, an advanced ballistic radar from one of the NATO member states was involved.

Earlier we wrote about the fact, how the Ukrainian artillery has changed in recent years. The organization of military operations often falls on the shoulders of artillery and missile forces.

You are now viewing the news "Tests are complete: Ukraine launches large-scale projectiles." Other Latest news from Ukraine in block "Latest news"