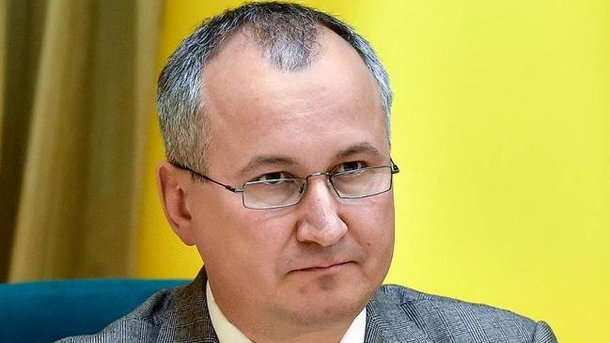 The Security Service of Ukraine (SBU) has questions freed from the Russian colony of Crimean Alexander Kostenkosaid today, August 22, during a briefing, the head of the SBU Vasily Hrytsak.

"We have questions to Mr. Kostenko, in fact he was interrogated at once, and that is exactly what he was doing together with Krasnov, and after he was interrogated, the materials of production were handed over to the national police.", – explained Gritsak.

Should be pointed out, in the SBU believe that the head of the civilian corps "Azov-Crimea" Stanislav Krasnov cooperated with the Russian Federation in 2014 and transferred to his curator lists of the regiment of the Ministry of Internal Affairs of Ukraine "Azov". In addition, the SBU announced a cache found in the Kiev region with weapons, presumably laid by Krasnov.

At the same time, Krasnov declared at a certain moment that Krasnov had been defeated by the special services. During one of the court hearings on the election of a preventive measure, Krasnov was admitted to the hospital by the decision of doctors who declared that he had a hypertensive crisis, a concussion, a closed craniocerebral trauma.

Gritsak noted that the questions to the released Crimean Kostenko are just in the area of ​​competence of the security service.

"[Костенко] a bit like he looked his sentence, and now he is back. And now we ask him and we will ask them. Based on the results of checking all our versions, receiving questions and answers, we will certainly inform you. We have questions about the competence of the SBU, " – said the head of the special services.

As reported, Kostenko was kidnapped in February 2015 at the door of his house in Crimea and taken out in an unknown direction. Later he was accused of attacking an employee of the "Berkut" during Euromaidan in Kiev, as well as of the illegal possession of weapons. He was sentenced to 4 years in prison.

Went a sentence Kostenko in a penal colony in Kirovo-Chepetsk (Kirov region, Russia). On 3 August 2018 he was released from the colony and on the 6th he arrived in Kiev.

The prosecutor's office of Ukraine has subsequently explained this criminal proceedings against the illegal use of weapons, which appears to be Kostenko, was not closed, but was suspended because of his detention in Russia. Initially, the case was investigated by the security service of Ukraine and then the police of Kiev. This is a criminal trial with Stanislav Krasnov – in part 1 of Art. 263 of the Criminal Code of Ukraine (illegal dealing with weapons).