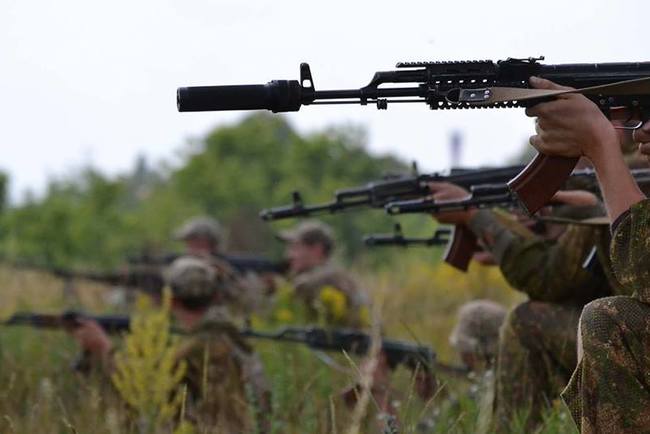 The situation in the Donbass remains difficult, but controlled

On the last day, August 19, the situation in the area of ​​operation of the United Armed Forces was tense, but remained completely under control. The enemy opened fire on the positions of our troops 20 times, heavy weapons were not used.

This is the headquarters of the operation of the United forces on its Facebook page.

During the current day, August 20, militants of grenade launchers and small arms fired on three occasions the positions of Ukrainian defenders in the areas of Shirokino and Lebedinsky.

Loss among the staff of the unified forces for the past and the present day there.

According to the Ukrainian intelligence service, two occupants were injured. 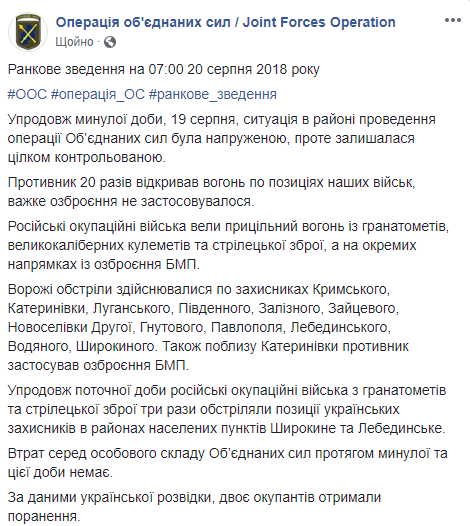 We want to remind you that militants have fired 43 times the positions of the Ukrainian armed forces on 18 August, including four heavy weapons. Go back fire Two intruders were destroyed, six more wounded.

August 17 militants have shot 40 times on positions of Ukrainian troops, including once from heavy weapons. The mutual fire of APU Two enemies were destroyed and another was wounded.

It was also previously reported that as a result of 100 days, United forces were operations 256 militants were eliminated and 427 mercenaries were injured varying degrees of severity.

You are currently viewing the news. "The APU trained militants well and had to halve the number of shelling." In other news from Donbass look in the block "Latest news"