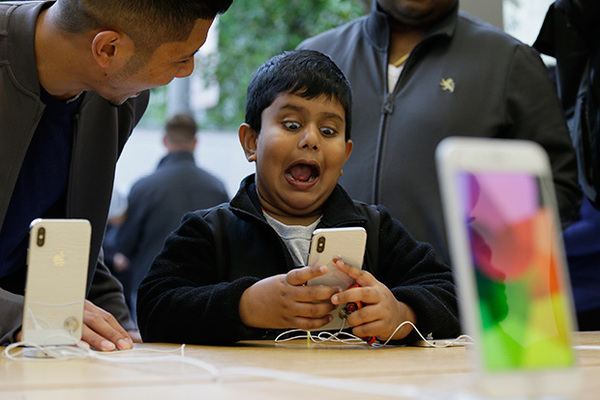 In the early autumn, Apple will show a new iPhone. As usual, the first rumors about him appeared almost immediately after the last announcement, and the nearer the date, the more insider information appears on the network. "Lenta.ru" tells how the new iPhone will look and what happens to the old.

Last year, Apple showed three phones, two of which were almost an exact copy of the outdated iPhone 6, and a truly new iPhone X. In this the company will release three new iPhones, but without a four-year design .

Back in November last year, a few months after Apple's presentation, the well-known analyst Ming-Chi Kuo (Ming-Chi Kuo) said the company is preparing for the announcement of three iPhone, reflecting the trend of the iPhone X will continue. They will all receive a frameless monochrome screen, a similar design and a face ID scanner. At the moment they are usually called iPhone X (2018), iPhone X Plus and iPhone 9. Ultimately, however, they can be called very different. So last year many people thought that the iPhone X would actually call the iPhone 8. 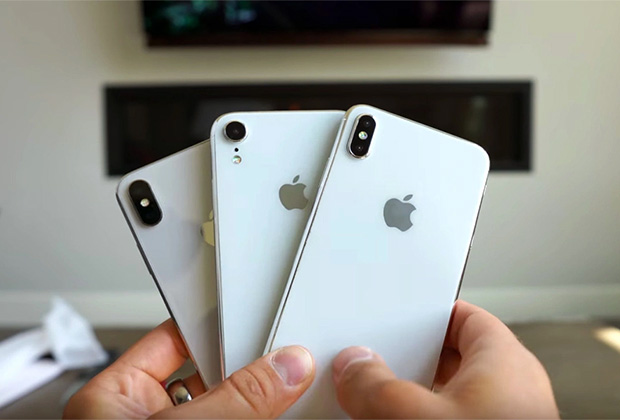 The most interesting of the whole line will be iPhone 9, which is positioned as a "budget" smartphone. He will have a 6.1-inch LCD screen with a recess under the front camera and Face ID. In size, it will be somewhere between the iPhone X and X Plus – 150.91×75.72×8.47 millimeters, and the frame will be made of aluminum when, like the new "ten", it is made of more solid steel.

"Two new smartphones with OLED will focus on the premium segment of the market, the model with LCD display will occupy the budget and middle segments: we are convinced that the biggest difference in the two models with OLED will be the model with LCD will differ significantly from the old smartphones, both hardware and design, "- said in the report of the analyst at the end of last year. Later this information was strengthened and plans began to write about almost everything.

Also on the web there are rumors that Apple will weaken the design of last year by the introduction of smartphones in new colors of the housing. This began to speak after the mention in the single register of reports of the Eurasian Economic Union, 11 new iPhones that work on iOS (ie completely new devices). Many of them concluded that the iPhone 9 will be released in five colors (white, black, pink, orange and blue) and the iPhone X and iPhone X Plus – in two (black and white). But such rumors appear every year, so they should not be trusted.

Now the network has a huge number of different renderings and layouts for the new iPhone with great detail. That is why no surprise is expected at the presentation.

Almost all insiders say that the iPhone X (2018) will receive a 5.8-inch screen with a resolution of 2436×1125 pixels (458 ppi), when both versions have a 6.5 inch with a resolution of 2688×1242 pixels (about 480 ppi). Both need support for a 120 Hertz refresh rate, such as the iPad Pro and the Apple Pencil stylus. Nothing else can be said about the screens of the new iPhone X in the rest. Some suggest that matrices for smartphones are produced by LG, Sharp and Japan Display to reduce dependence on Samsung.

There are no special changes for the cameras. Both smartphones will receive the same module, slightly different from the sensor of the current iPhone X, although the edition of The Korea Herald in the early summer wrote that the iPhone X Plus will receive a triple camera, such as the Huawei P20 Pro. Despite the fact that it is not entirely clear why we should install three modules, analysts are convinced that in 2019 there will be many such devices. 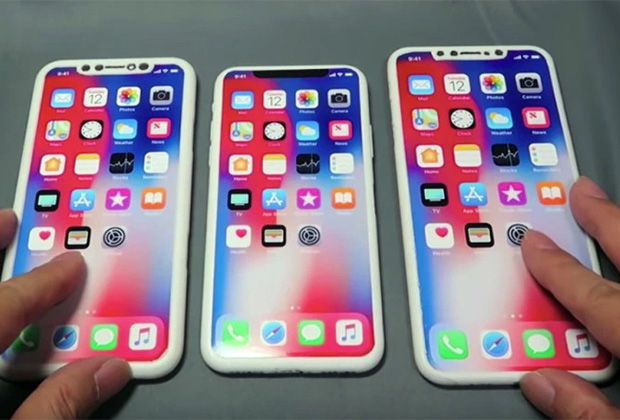 The "budget" iPhone 9 receives an LCD matrix with a diagonal of 6.1 inches and a pixel density of about 330 ppi produced by Japan Display or LG. It should be noted that with this screen the frame of the iPhone 9 can be even smaller than that of the iPhone X. In addition, the MLCD + screens are installed in the LG G7, which shows higher brightness values ​​than the iPhone X (1000 nits versus 625-804 nits). Min-Chi Kuo believes that because of the high cost of the panels, this iPhone model will lose the 3D Touch.

On the basis of the camera, the iPhone 9 has only one, exactly the same as with the usual iPhone 8. The camera on the front for all three new iPhone will support Face ID. However, until the end it is unclear whether this will be the same system as the iPhone X, or a new one. Barclays analysts are convinced that Apple will release a new TrueDepth camera, which will reduce the cut-out on the screen and speed up the work of the face recognition system. However, there was no other confirmation of this, therefore "monobrov" and Face ID will probably remain the same. The return of the Touch ID and speech does not work.

As far as the "iron" is concerned, no revelations are to be expected. Judging by the tests of the performance of new chips that have flowed in June, the speed increase will not exceed 10 percent. So the current A11 processor wins 4.2 and 10 thousand points in the GeekBench (in the single-core and multi-core tests, respectively), when both A12 – 4.7 and 11 thousand. At the same time the performance of the graphics core increased by about 50 percent (15,000 versus 22).

The same prunes indicated that the new iPhone will receive four gigabytes of RAM, but this only applies to the iPhone X and the iPhone X Plus. The iPhone 9 has only three gigabytes, like the current iPhone X. The volume of the disk increases to 512 gigabytes for the new X, when it does not exceed 256 gigabytes such as the iPhone 9.

The autonomy of the new iPhone will not change much either. The new iPhone X gets the same battery as the old one and the X Plus battery will increase by 25 percent – up to 3300-3400 milliamps-hours. The iPhone 9 has a simple battery (the iPhone X has a two-cell battery and runs around the motherboard). It is remarkable that the company can release new power adapters with a USB-C connector and charge quickly. But whether they are sold with the smartphone is unknown. 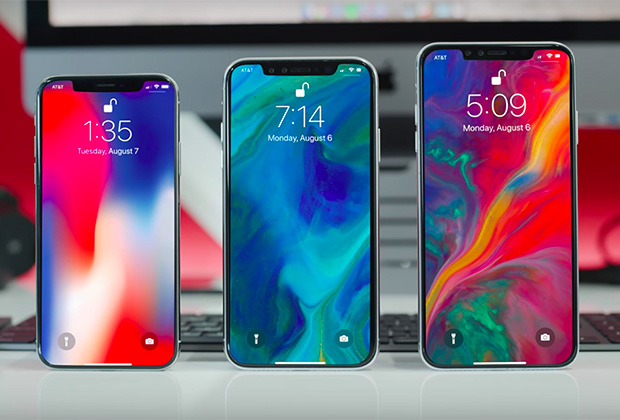 Recently, the network has information about the release of the iPhone with two SIM cards. Confirmation of this found in the test version of iOS 12, in the code of which they found the rules "Second SIM card status", "Second SIM card drawer status" and other notifications of the function. But the version of a smartphone that supports two physical SIM cards can become exclusive to China, and for everyone a version with one physical and one virtual eSIM is available.

It is assumed that the presentation of the new iPhone will take place on 11 or 12 September 2018 and the sale will start 21-22 September. And Russia is still not included in the list of "first wave" countries, so the new iPhone will not officially arrive until the end of September. After they leave the iPhone, the iPhone 6s and X can disappear. The first one is removed because he is already three years old and he was even considered outdated last year. And the iPhone X will disappear as useless: the new "ten" will be cheaper and more powerful than the old one.