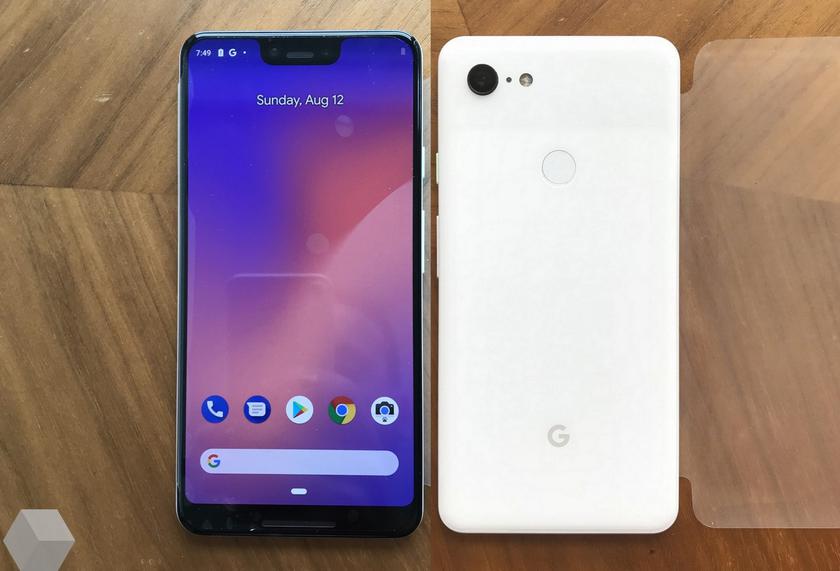 There is a wave of leaks over the smartphone Google Pixel 3 XL. According to our colleagues at Rozetked, "the company has" missed many ready-to-use devices. "Today we have looked at the white version and if the rumors are not lying, this is just the beginning.

While some manufacturers try to make the cutout in the screen as unobtrusive as possible, Google Pixel 3 XL meets the user with a huge "bang". And this despite the fact that in its place the most common front camera is installed without a 3D face scanner. Thank you for leaving at least the left front stereo speakers. The back panel is now completely made of glass, but with a matt surface at the bottom. The fingerprint scanner remained in the old place, the mint color button. At the bottom there is only one USB Type-C connector.

Google is in no hurry to install a second and even more third camera on the back of the devices. This does not prevent Pixel 3 XL from shooting at the level of the best flagships of 2018, except that the background blur mode still works poorly. Most likely, the function is not the final software: