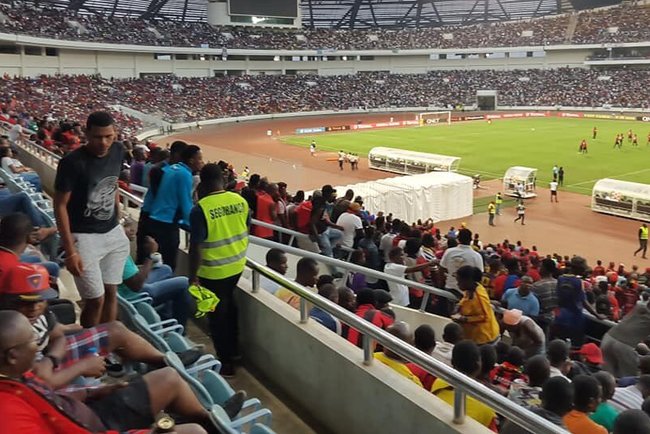 Fans in the capital of Angola, who hit the mounted police

The match ended with the tragedy of the African League of Champions between "Let" (Angola) and "Mazembe" (South Africa). The match took place in the stadium "November 11" in the capital of Angola Luanda and ended in a draw – 0: 0.

At the end of the game, one of the exits started a crush, formed by the closed gates. After their discovery the crowd rushed right under the mounted police, informs antvt. As a result of the tragedy five people died, seven others received damage of different severity.

The Angolan Ministry of Sport accused the victims of the tragedy of insufficient security measures.

Earlier we wrote that in May last year in Honduras happened creepy in love with a football game, resulting in the death of four people, and about 30 people were injured.

You are now watching the news "The tragedy of the Champions League game: the horses were trampled by five fans." Watch other football news in the block "Latest news"