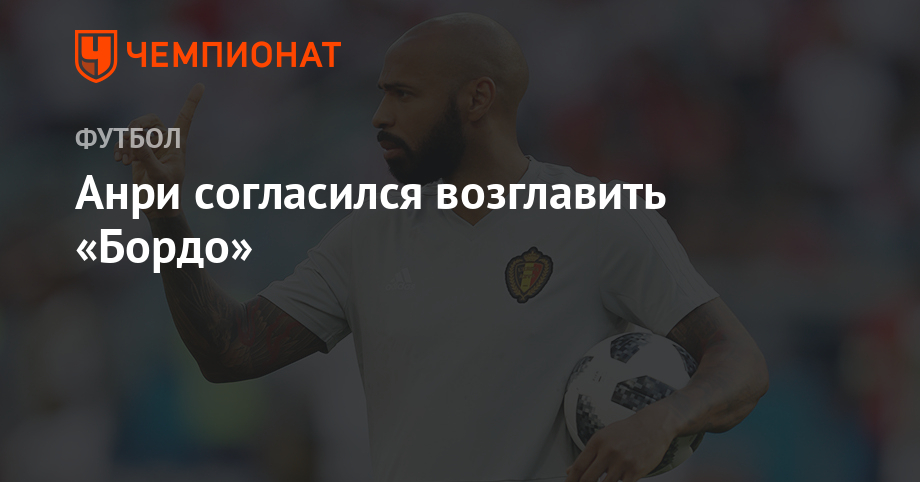 World champion and European football Thierry Henry is ready to take on the function of head coach of "Bordeaux", informs RMC Sport.

On 17 August, the French club announced the temporary dismissal of Uruguayan specialist Gustavo Pojeta. He criticized the leadership of "Bordeaux" for the sale of striker Gaetano Laborde without his knowledge. According to reports, Poyet will talk about the future fate in a week.

Thierry Henry is considered the main favorite for the head coach post and has already accepted the "Girondins" leadership. Now his candidacy must be approved by the owners of the club.

Henri is since 2016 part of the coaching staff of Roberto Martinez, head coach of the Belgian national team, with whom he won bronze medals at the World Championships in Russia.

Wenger: Henri wants to lead the Bordeaux, but is he ready to sacrifice everything for this?