Selivanenko: Sharapova wants to take a break in the Kremlin Cup to solve problems 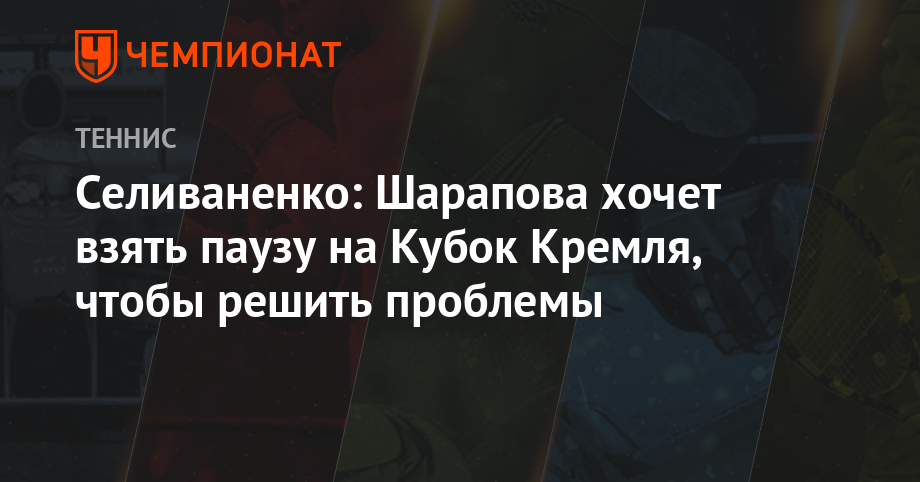 Selivanenko: Sharapova wants to take a break in the Kremlin Cup to solve problems

Director of the ladies tournament "VTB Kremlin Cup" Alexey Selivanenko The words of the New York Times journalist Ben Rotenberg, according to which Maria Sharapova will miss the upcoming matches in Moscow.

"Sharapova wants to take a break after a long and not very successful season She needs to recover and solve all her problems Maria does not mind playing the whole series of Chinese tournaments and VTB Kremlin Cup She has goals for each season. this season was the selection for the last tournament, but at this moment it is already impossible.

This decision characterizes it from the very best side. For her, sports results are important, no costs she could get in tournaments. From a sporting point of view it is absolutely understandable. All spectators in Moscow are waiting for her, I do not exclude the option that Masha can visit Moscow, because she loves this city, "Selivanenko said in a conversation with the correspondent of the" Championship "Karina Falco.