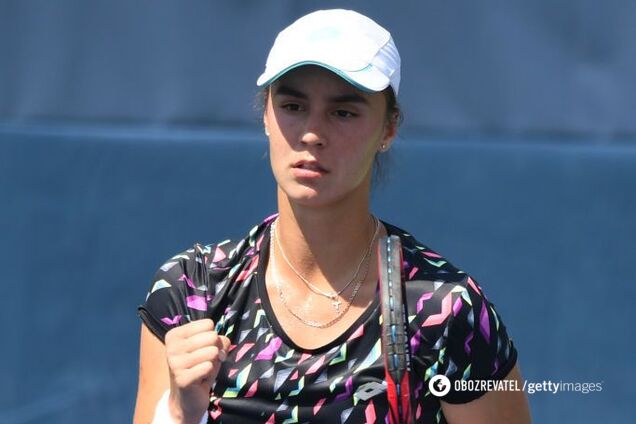 Ukrainian tennis player Angelina Kalinina came for the first time in her career to the main grid of the Grand Slam tournament – US Open. In the final qualifying round our athlete defeated the Australian Furmis Jamie.

The fight was difficult: in the first set, the Ukrainian lost 2-0. In the next two games, the 21-year-old tennis player managed to come together and left the opponent no chance – 2-6, 1-6. The game lasted a little more than two hours.

For example, in one of the four most prestigious tennis tournaments Ukraine is represented by six participants at the same time. In addition to Kalinina for the main trophy, Dayana Yastremskaya, Katerina Bondarenko, Katerina Kozlova, Lesya Tsurenko and Elina Svitolina will compete.

This year is not represented in the men's singles at the US Open Ukraine. Sergei Stakhovsky and Ilya Marchenko did not succeed in overcoming the qualifying round, and Alexander Dolgopolov is still recovering from the operation on the brush and this season will no longer play.

As reported OBOZREVATEL, that Ukrainian Elina Svitolina fought a battle with the Russian Maria Sharapova at the US Open.