ukraine October 16, 2018 SPORTS, ukraine Comments Off on The national team of Spain lost in their field for the first time since 2003 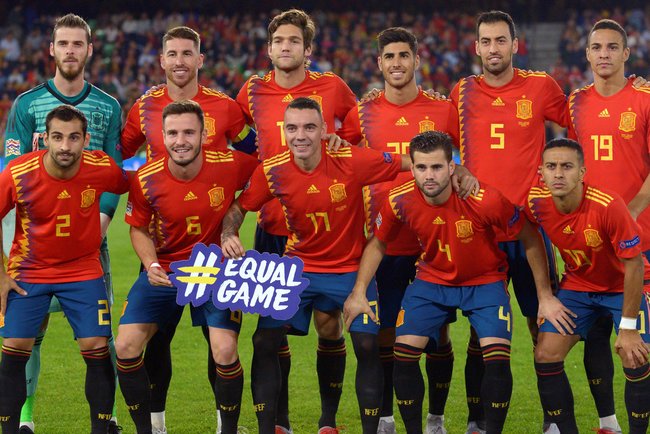 In the League of Nations, the Spaniards stopped England in their field

The home team of Spain lost to England (2: 3) in the third round of the League of Nations. England scored goals against Rahim Sterling (16th and 38th minute) and Markus Rashford (30). The Spaniards excelled Paco Alcácer (58) and Sergio Ramos (90 + 8).

For the first time in 15 years, the Spaniards lost the official home game. Their series of 38 games without defeats was interrupted: 34 wins and 4 draws. In June 2003 Spain gave up Greece. Since then, 5609 days have passed.

Thanks to this victory, the English team reached second place with four points in the fourth group of division A of the League of Nations. The British play the next game on October 18 with Croatia in their field. Spain, despite the defeat, retained the lead and gained six points. In the next game the Spaniards travel to Croatia. The competition will take place on November 15th.

Remember that the Ukrainian team meets with the Czech team in Kharkov today in the League of Nations. In the event of a draw, our team will advance to the top division of the tournament. The start of the fight at 9:45 PM. We will spend Live broadcast of the competition Ukraine – Czech Republic.

You are currently viewing the latest news "The national team of Spain lost for the first time in 5609 days." Other football news, see the message "Latest news"