UEFA will change the important rule in the European Cup matches 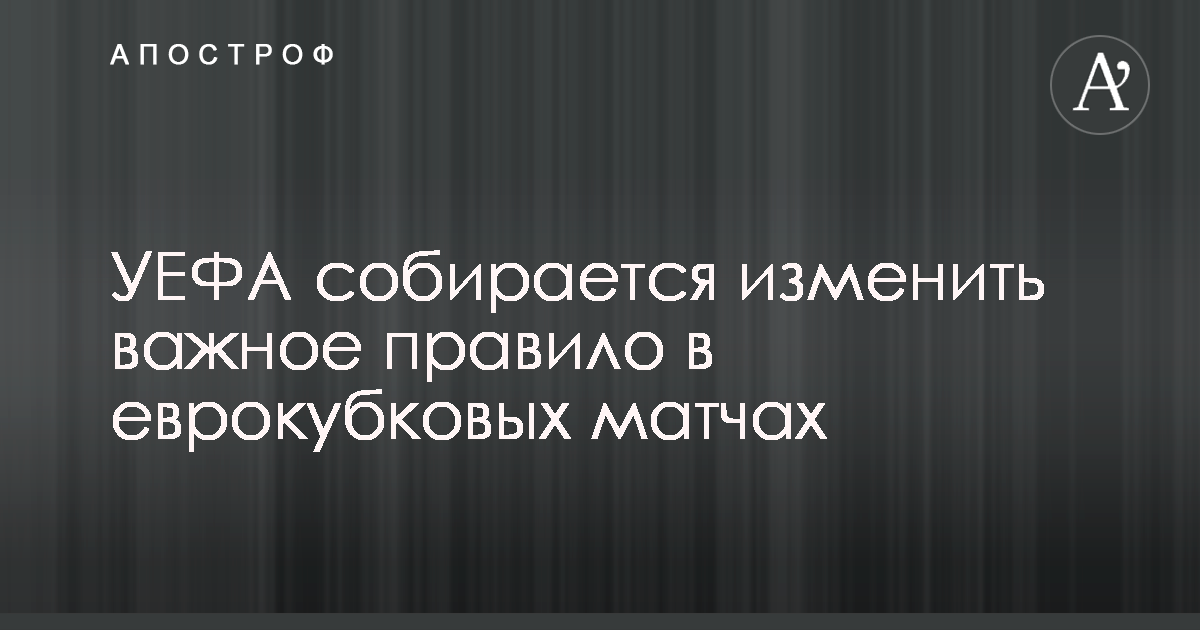 representative Union of European football associations (UEFA) Giorgio Marchetti said that the rule an away match in the European competition can be changed at the request of top club mentors.

This Marchetti told in an interview Reuters.

"The coaches believe that it is not so difficult to score a goal on the road as before, so they continue to push for revising the rules of the goal, and that is what we will do." The mentors believe that the situation in football has changed. Seriously, like many years ago, when they introduced this rule, "Marchetti said.

It is worth noting that nThe scoring goal was introduced in the European competition in 1965. The essence of his next, if the total score of the scored goals is equal by the results of two matches, the winner of the pair is the team that has scored more goals.

Earlier, Apostrophe reported that UEFA had made a major change in the regulation of European tournaments.