Vitaly Fedoriv emphatically turned his back on the Russian flag, the sounds of the Russian national anthem 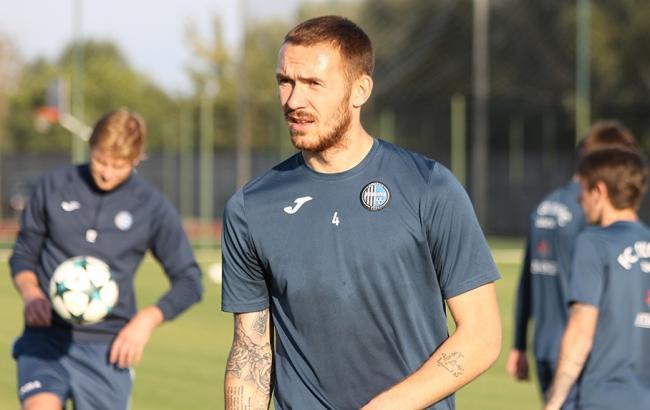 During the performance of the national anthem, all but Vitaly Fedoriv face-off flags were played with tricolor

For the football match of the seventh round of the Football National League between the teams of Sochi and Nizhny Novgorod in Russia, the Ukrainian athlete Vitaly Fedoriv emphatically rejected the flag with the tricolor during the performance of the national anthem.

It is known that during the performance of the national anthem of the Russian Federation all players, umpires and even fans turned to the Russian flag, but the Ukrainian footballer ignored this and remained standing in front of the stands.

The actions of Vitali were immediately a 'protest of the day & # 39; and he himself was accused of demonstrative contempt for the Russian flag and hymn. After the game Fedoriv explained his actions by the following fact that he simply prayed.

"When I go to the field, I always say the words of prayer for the game, it was the same yesterday." My deep conviction that the sport is political, I respect the flag and the hymn of Russia. "I ask not to search for political reasons in my actions, – said Fedoriv in an interview with RossiSM.

By-way, ex-player of Dynamo Kiev Evgeni Khacheridi angered the Russians at a match in Moscow, with blue-yellow shields. Another footballer from the same club, in the past, told us whose Crimea.

Recall, the Brazilian coach of the club "Lviv" made a pro-Ukrainian statement.

How do injuries simulate players