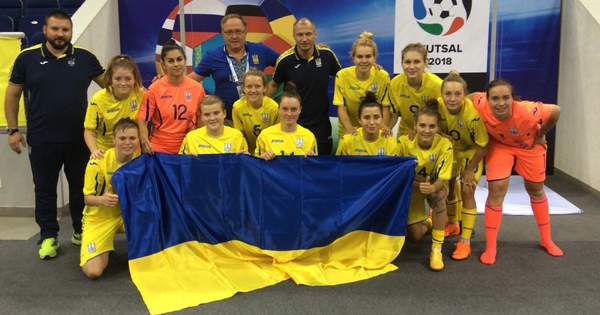 Ladies student teams from Ukraine and Russia met in the ladies finals of the World Championship among students. These teams have met each other during the group phase. Then the departments of Oleg Shaitanov defeated the Russian women 2: 1 thanks to two goals from Julia Dudarchuk. So you can hope for something like that and now.

Unfortunately, however, our expectations did not come true to come out. Team Russia took over the initiative in the course of the first half and began to look for the keys to Tsikalenko's gates. However, the keeper of the national team of Ukraine in different episodes played an extremely reliable player and saved his team from the goal.

Read also: The competition for the Super Cup of Ukraine in futsal football takes place in Lviv

But unfortunately, Tsikalenko was still powerless at one of the moments. Not long before the end of the first half, the Russians earned a free kick (and for Ukrainians he changed into the fifth error). And it was after this "standard" that the Russian team opened an account. Let's pay tribute to the Ukrainian futsalists who did not lose contact and tried to match the score, but the Oleg Shaitanov divisions did not go well on the attack.

And at the beginning of the second half, a second ball flew into Tsikalenko's goal. And again – after the free kick. By using their advantage in the account, the Russians began to play more calmly, as if they were inviting Ukrainians to attack. However, the "blue-yellow" is still a bit for him. But Russia could increase its advantage several times more.

Read also: Ukrainian club received a calendar with matches in the Champions League in indoor football

By the end of the second half, the Ukrainian team moved to the match with the fifth field, but the drawing of the artificial majority produced no results. And then two minutes before the siren Dubitskaya received a red card, it became clear that it was unlikely that our team would succeed in creating a miracle. And it happened. So, 0: 2 in favor of the Russian team.

For example, the women's ladies' team from Ukraine took second place, with which we congratulate.