soldier spoke about the powerful battles 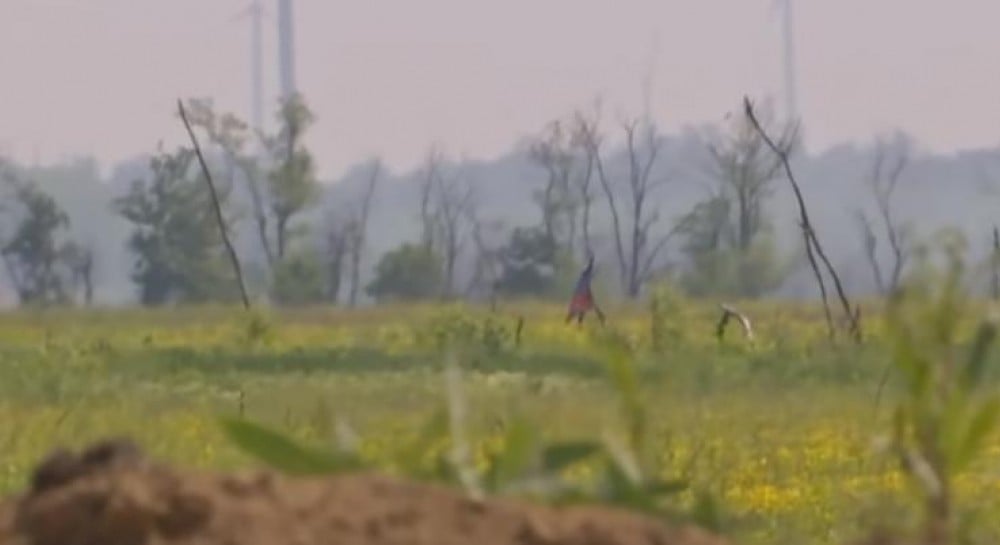 Eyewitnesses admit that the earth shakes under their feet during powerful shelling.

Salvo & # 39; s from long-distance Russian artillery resound on the coastal sector of the front.

Heavy grenades plow fields near Water, at Lebedinsky and at Shirokino, says the story of TSN.

"Yesterday we stood at about three o'clock & # 39; noon – two mines flew, then there was a break and & # 39; evening AGS and shooting started working again," the hunter called Yalta. The smoke after fractures of grenades during the Water Day is nothing compared to the guns from the previous day, which sounded in the Azov Sea. "Yesterday morning, the 120th", the soldiers say about the arrival of the projectile from the enemy side.

Eyewitnesses admit that during powerful shelling, the earth is shaking under their feet: "In two days they put 203 things here – the 82nd and 120th." The hunters say that such powerful work by enemy artillery at the front near the Azov Sea has not happened since the end of the winter.

The invaders are attacking Ukrainian positions from very short distances. "Exit, two or three seconds, arrival," – say the army. Such attacks require accuracy because the forward positions of the parties are very close. Therefore, assuming that some "miners" or "tractor drivers" skillfully shoot is not necessary – this is of course professionals. They, just like shells and equipment, appear in the Ordlo across the border with Russia.

The soldiers claim, however, that it really doesn't matter who exactly shoots, it doesn't matter – the person on the other side with a weapon is definitely an enemy. "The enemy is the enemy. Therefore, when they shoot at us, we respond – we also open it in response," said the hunter of the Armed Forces of Ukraine, Archaeologist.

As reported, on May 13, the hunters of the 30th Mechanized Brigade. Prince Constantijn Ostrozhsky saw how a militant in the Donetsk region was blown up on his own grenade.