Up to $ 1000 request to renew the passport in Venezuela 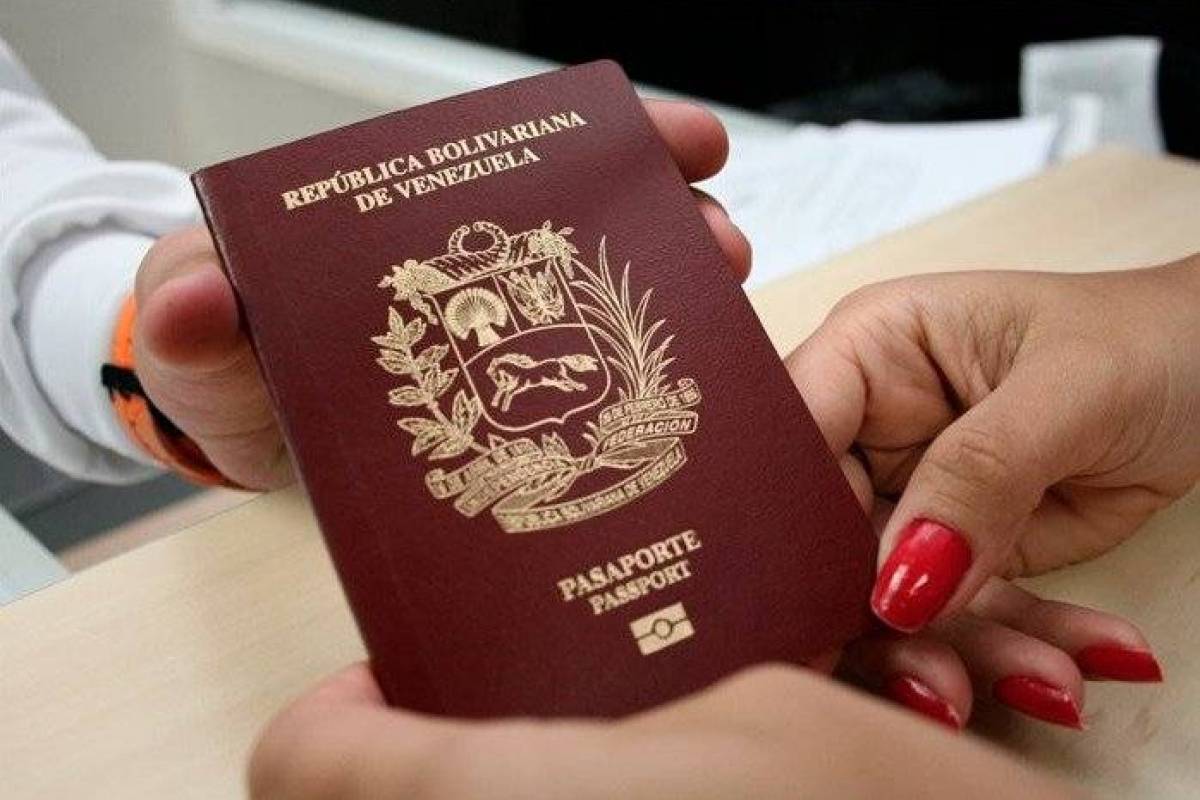 For three years, when the passport crisis worsened, the Venezuelan government hides behind the phrase "there is no material" to justify its task of processing a passport and identifying Venezuelan citizens in the country. Corrupt high-cost officials ask for $ 1,000 to renew the passport, in exchange for delivery within three days.

It may interest you: why do Venezuelans want to go to Peru?

The crisis that collapsed the country also came to the Saime (Administrative Department for Identification, Migration and Immigration). That is why senior officials use the situation to ask the desperate up to $ 1,000 for renewal of the passport.

Venezuelans locked up in other countries

If they are in another country, the situation becomes even more complicated. This is it Diana's case He lived in Spain and when he approached the consulate of Venezuela, he was told that he should apply for a new passport, but the appointment on the internet is made four months in advance. As long as he fails, he can not leave the country where he lives.

"First you have to make the SAIME website available in Venezuela (that there is a connection), then you are lucky to open the page for the respective passport entry, which may not be" temporarily "available, he said. Applying for the SAIME appointment costs about $ 280 dollars.

"I was lucky and I was able to make the online application, after a few attempts I said that I had made the procedure, because getting the appointment is something else, we have to wait for the SAIME to send you an e-mail with the date for which you give them the appointment and cancel almost $ 280. In my case it was for the Consulate of Venezuela in Madrid. "Only" I had to wait about seven months, the appointment came to me at the end of May 2017 ", he said that this is the situation in the legal way.

On the day of the appointment, the passport of Diana Rodriguez had expired for six months, in which she was technically unable to leave Spain, at least with the Venezuelan passport. He went to the consulate. "I went to the bank and they told me that I had to pay € 80 (93 USD) for the renewal of a new passport that is valid for five years. At the consulate they reported me, they gave me a receipt and they told me that the passport would arrive in about four months. & # 39;

It has been a year and a half since the passport expired and 10 months to apply for the new one at the consulate and Diana still does not receive it. "It is very unlikely that this is because, as the Venezuelan government states, there is no material in the country ", he added, that the prices for extensions and requests for new passports are increasing every year.

In Ecuador and in all countries the situation is similar, Gabriela Quintero, Venezuelan who lives in Quito Two years ago he said his passport had expired and he received the same information at the consulate. That is why he will stay in Ecuador until the situation in the passport improves. With this you can not leave Ecuador, not even travel to Venezuela and return because your document has expired.

"Maybe I'm waiting for the I must have Ecuadorian nationality for 3 years so that I can travel this way or leave the country and return, "said Gabriela, who also noted that getting a passport is the most complicated thing in Venezuela.

In an interview with ABC, a SAIME official said: "Printing a new passport costs more money than what is charged. I believe the government is not interested in solving the situation of corruption because everyone knows who the Mafia have. & # 39;

According to Juan Carlos Dugarte, former director of the Administrative Service, "75% of people who apply for a passport do not leave the country. He added the demand is very high and does not coincide in the same proportion with the number of people traveling. "

"The only way the Saime publishes a new document is that the previous one has no pages available to seal or that it is in a deplorable state.

Jaime Santana, 68, would live in Panama in March 2018, but his passport was kept in the system in the "printing process". He had been waiting for his document for a year and a half, and by the time the date of the journey arrived, he still did not have it.

"I got a contact person from a person who took an express passport, I called him and he asked me $ 2,000 for my wife and mine, I had to pay them because otherwise I would lose the plane tickets", Santana said.

If for the new passport the mafia of Saime demands $ 1000, for the extension they charge 300. In the context of "economic emergency" Maduro has given permission in October 2017 the extension for passports for a period of two years.

How can you call on the extension?

So that the Venezuelans can take refuge in the expansion, the document must be in the six months following the expiration date and must contain at least four blank pages.

However, this extension is not welcome for children and adolescents over the age of nine, nor for those who have lost the ID or those who have started the renewal process and who are performing a fingerprint check.

The procedure for obtaining the extension by legal means is simple: the appointment is requested, the corresponding remuneration is paid, being 14,440 bolivars and between 48 to 72 hours the film is printed of plastic that will have the same picture and the personal details of the applicant. In practice, however, it can take three to four months for Saime to print the extension. This in Venezuela.

In May of this year, Saime raised the cost of extending the passport abroad 180 to $ 280. And if they do not have it, they can interfere in the procedures to get a property like in the case of Spain.

In practice, however, it is less straightforward. Users complain that the Saime Web page is not being opened, and it can take three to four months for the main part to print the extension.

The procedures are paid in dollars

Venezuelans have denounced that officials can not give accurate answers to a procedure. David Paredes complained that there are too many obstacles to get a passport through legal channels. My extension was never approved and the Venezuelan consulate said that I had to apply for a new passport again, that is, to cancel 280 dollars again. All the work there is is for people to pay, it is a company in dollars, Paredes said.

The Ecuadorian government has requested that from 18 August 2018 all foreigners present their passports instead of a citizenship card. This troubled the Venezuelans who were already on their way to Ecuador and Peru. Currently they are stranded at various migration points due to the lack of this document.