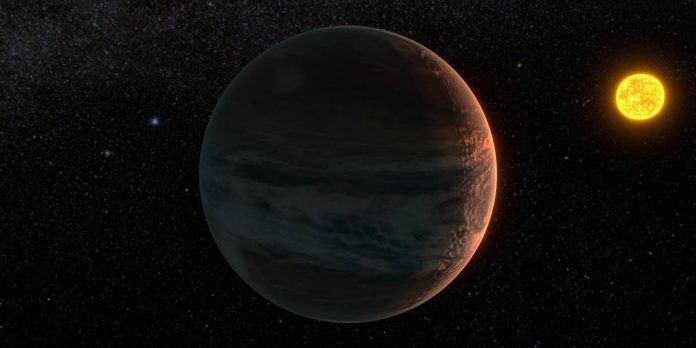 A few weeks ago we reported a great discovery of the Tololo, now the region is again in the center of international astronomy after Chilean astronomers have discovered two new giant planets from the La Silla Observatory.
Almost 1500 light years from the earth and in the constellations of Ophiuchus and Aquarius a star similar to the sun circling, there are two exoplanets the size of Jupiter that were discovered a few days ago by a group of scientists from the La Silla Observatory, located at the Coquimbo region, including three Chilean astronomers and researchers.
These huge gas balls, similar to Jupiter, are in orbit around two different stars, K2-237 and K2-238. The first of the planets (K2-237 b) rotates around its star every two days, while the second (K2-238 b) performs its orbit for three days, both objects have a mass that is slightly higher than the largest planet in the world. the solar system .
The work included a dozen scientists including Maritza Soto, the first author of the newspaper who was responsible for collecting all data and analyzes, and interpreting the results obtained, James Jenkins, academic from the Department of Astronomy FCFM the University of Chile and Andrés Jordan, academic at the UC Astrophysics Institute.
"It is estimated that both planets consist mainly of hydrogen and helium, but there is a detail, K2-237 b is an inflated planet, that is, the size is much larger than what theoretical models indicate, because it is a very interesting planet is for atmospheric studies, "said the physician in Astronomy from the University of Chile, and now a postdoctoral researcher at the University of London Queen Mary, Maritza Soto.
To detect these planets, various spatial instruments were used and installed in the region, including the Kepler 2 spacecraft, the data from the Coralie instruments, in the 1.2-meter Swiss telescope, FEROS, in the 2.2-meter telescope , and HARPS in the 3.6 meter telescope, all of which are located in the La Silla Observatory of ESO.
Dr. Soto, who led the research, adds that the main contribution of the research is that it "provides evidence for the study of inflation of planets, which is a phenomenon seen on many planets" hot Jupiter ", but still we always know everything to understand. »The data received from K2-237 b follow the theory that inflation occurs because of the large amount of radiation that these planets receive.
The next step in this research line is to study the atmosphere of the planet K2-237 b ,.