The coral reef of Colombia that gives hope to the world

Just off the coast in the city of Cartagena, where one of the largest ports in Colombia is located, is a coral reef where activists furiously fight to protect.

The reef of Varadero, located in the Bay of Cartagena, has survived against all odds and thrives in a very polluted environment.

The Caribbean Sea Bay is an important waterway for ships and cruises, and is polluted by industrial and sewage sludge. 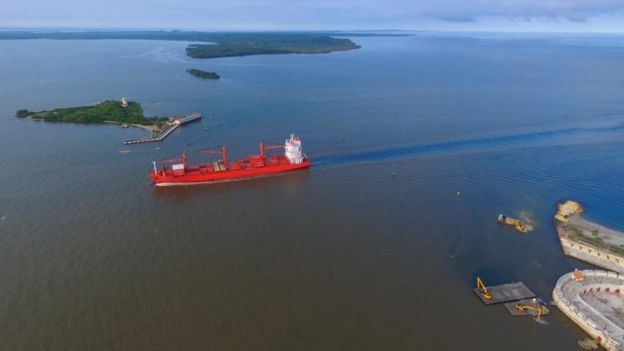 The Bocachico canal is a route that is often used by boats. Photo: Gustavo Ángel Sanín.

The shipping companies are planning to expand the Bocachico canal and create a new passage directly through the reef, which means that a quarter will be destroyed and the rest will be threatened.

According to marine biologists the reef should not live and yet it has blossomed, making it a home for a large number of species of coral, fish and sea urchins.

A scientific report written in 2017 noted that the reef is "unlikely and in danger". 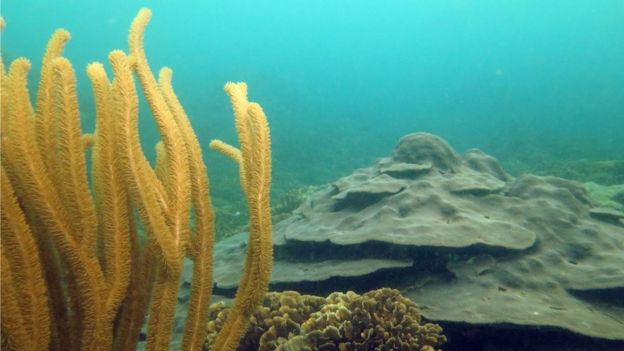 The reef was only discovered in 2013 despite the proximity of the coast of Cartagena. Photo: Valeria Pizarro.

Despite the proximity of Cartagena, with nearly one million inhabitants, the reef remained hidden for a long time because of the perception that the environment was too hostile for a reef to survive.

"The current plans to dredge a part of Varadero (…) may allow researchers to investigate the factors that have allowed corals to flourish under such unusual circumstances," the report adds.

With more research, scientists hope that the enigmatic reef can provide clues to restore the bleached and dying corals of the world.

During the last four decades, the Caribbean reefs have seen their coral cover fall from an average of 50% to 10%, but the report indicates that Varadero's reef has a "high coral cover" of 45.1%.

"This reef is located in an area where the environmental conditions are in theory not the best for coral reefs: there is a high level of sedimentation and high temperatures on the sea surface," explains Valeria Pizarro, CEO of the NGO Ecomares.

Pizarro was the one who discovered the reef in 2013 and is co-author of the report.

"The first time I went into Varadero, I expected to see some corals on a very degraded reef," he recalls. "The surface is usually brown because of sediment, so I never expected to see a reef there." 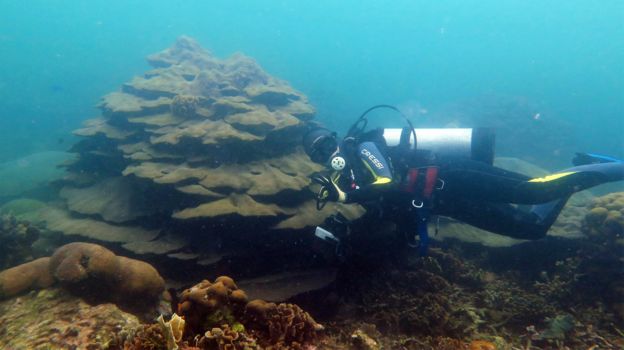 For Valeria Pizarro it was quite a surprise to find the corals in such a polluted area. Photo: Fernando Zapata.

The biologist remembers that she felt "startled" by the beauty of the reef.

"I did not understand how this reef had not been discovered before, I could not resist thinking about the consequences of a navigation channel."

Pizarro hopes that studying this reef sheds light on how the coral has adapted to survive in these conditions.

The national road authority of Colombia, Invías, has invested more than US $ 20 million to build the new channel, which would provide more international access to Cartagena.

"The port of Cartagena has a one-way navigation channel, which increases the waiting time for entering and leaving the port," said a spokesperson for the Colombian financial development institution.

"This new project has economic benefits for the entire country," he said.

Campaign for the reef

In an attempt to prevent the construction of the canal from continuing, the local resident Bladimir Basabe started the "Salvemos Varadero" campaign. 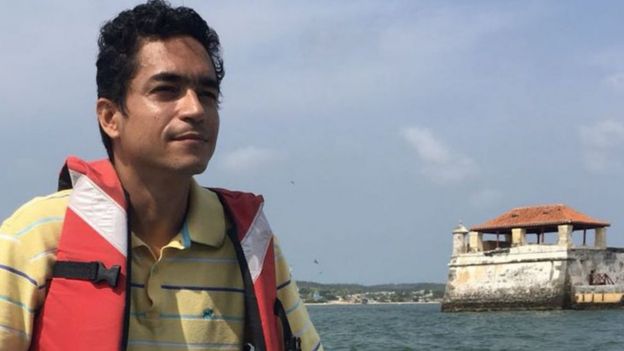 "I'm angry that the government and companies want to destroy the reef, simply because it's the cheapest option," said Basabe.

"I defend the reef for ethical reasons, because once it is destroyed, we can not recover it, I defend it for my children."

After the Basabe campaign, the Institute for Marine and Coastal Studies of Colombia (Invemar) carried out an assessment of the reef.

It has until December to decide whether the permit for building the canal should be granted. The project has been suspended until the findings of Invemar have been published.

Channel supporters have sworn to move the coral reef to another part of the bay, but Pizarro is skeptical.

"There has not been a serious study to find a place with similar environmental conditions, there are 10,000 coral colonies that will have to move, will they all move, and what about all organisms?" He asks.

"There is no data to prove that moving the coral would really work."

The campaign "Save Varadero" tries to label the reef as part of a national park. 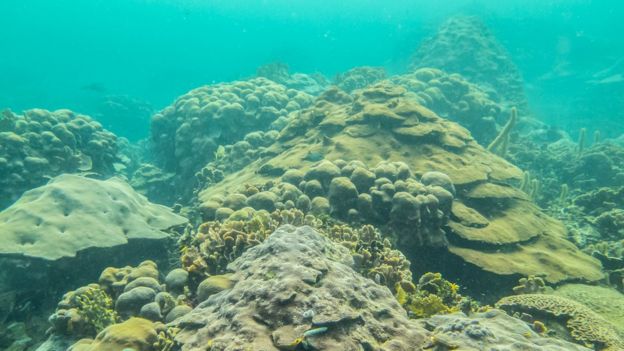 In December, the result of the evaluation by Invemar will be known. Photo: Valeria Pizarro.

"If the reef of a national park was like the nearby Rosario Islands, the canal can not be built according to the law," says Basabe.

"We hope to convince the government and the private sector to build the new channel at a different location where there are no reefs."

Pizarro is concerned, however, that the new government of President Ivan Duque has other priorities. "We do not know what your agenda is," he says.

"I understand the need for a larger port economy, but companies and some sectors of the government simply think in terms of money and do not understand the implications of the destruction of a reef in the long run."

The leader of Ecomares expects the government to look beyond financial long-term profits and focus on Varadero's potential to save the dying corals of the world.