Acuña is hit again after hitting Home Run vs. Miami 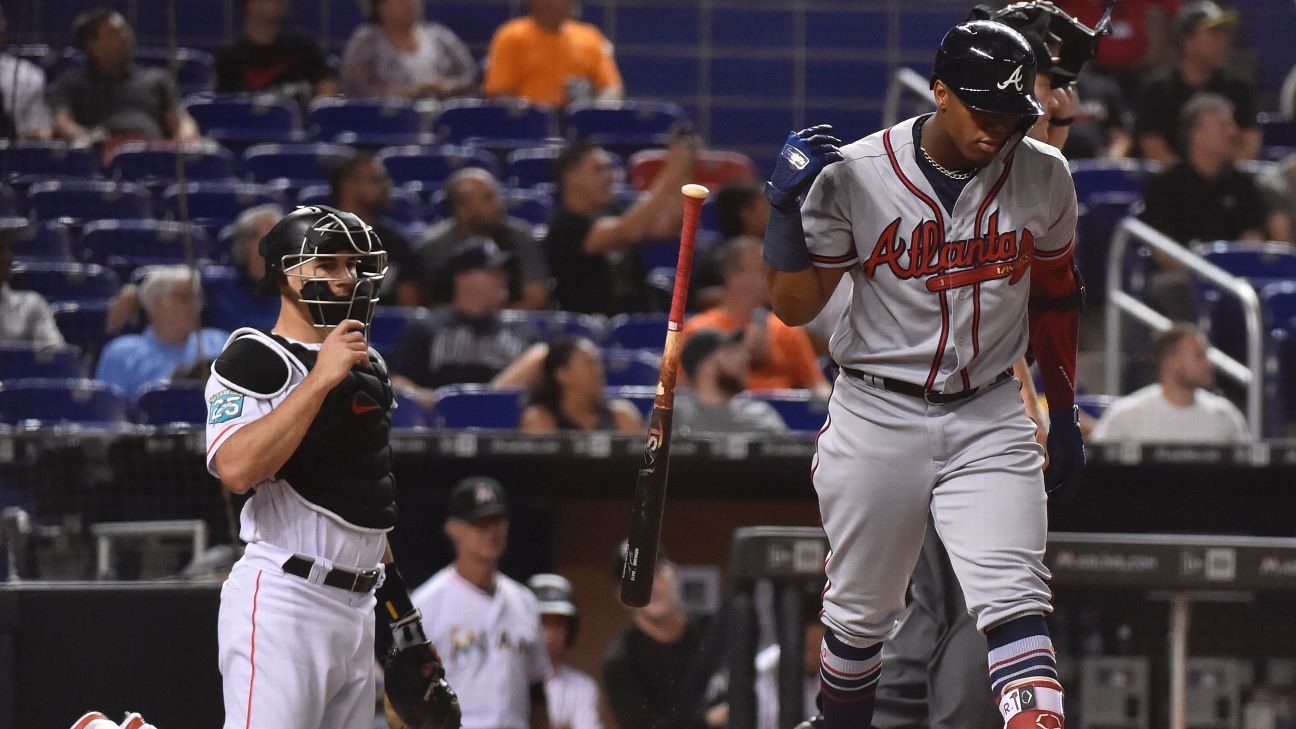 MIAMI – The Venezuelan Ronald Acuña Jr. is about to become the number one public enemy of Miami.

The rookie rookie of Atlanta Braves already has 21 homers in his first season in the majors and a third of them, seven, have held on to the pitching of the Miami Marlins.

This Thursday, at the beginning of a four-game series in Marlins Park, Acuña again bounced the ball, this time the third inning of the game opened that the Braves won 5-0 against its compatriot Elieser Hernandez, starter for the hosts.

It was a hit on a slider by Hernandez, who traveled 432 feet through left field and who celebrated Acuña in a certain way, first contemplating in the battle box the trajectory of the ball and then with a leap of euphoria upon reaching home.

"I would not say that I" sewn "the hit, I just enjoyed the moment, maybe a bit more than usual because of what happened in Atlanta, but I would not react," said the boy from La Guaira.

In the sixth came the tension at Marlins Park, when reliever Javy Guerra hit a ball on his left wrist, with a straight line of 93 miles per hour, for which Acuña reacted by throwing the helmet to the ground with anger and giving out who knows what insults

"It hurt me and that's why I reacted like that, I do not know if it was deliberate or not, but I know it's part of the game, they'll keep on throwing me in and I'll keep trying to hit it," he explained. .

The players in both dugouts were getting ready to leave, but the head referee, Chris Conroy, quickly checked the ghosts.

"It was my fault, I did not want to hit him deliberately, but hit him, but I got too much in that ball," Guerra explains.

In the closing of that same episode, the opener and winner for the Braves, Sean Newcomb, brought him too much to J.T. Realmuto and then hit rookie Brian Anderson.

Conroy once again acted vigorously, warned the pitcher and both managers to avoid a juggled fight.

But with the background of the ball that faced José Ureña when these teams met in Atlanta last week, the podium is ready for new confrontations.