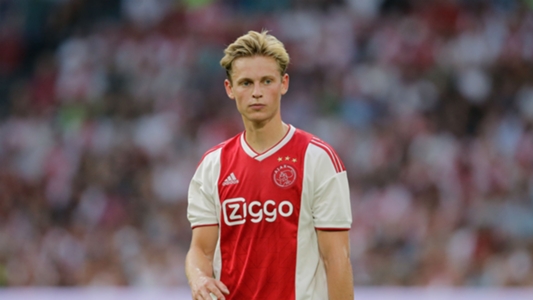 The midfielder today plays the preparatory stage of the Champions League with an Ajax who expects to play a good role in Europe.

Barcelona does not lose hope to hire Frenkie De Jong this summer, despite the fact that Ajax prefers to wait a year before switching to the midfielder and does not change his mind as long as there are options to play the Champions League. In this context, the Dutch team today receives Dynamo Kiev in the first round of the third round of the preparatory phase of the competition, a draw that also arouses interest in the offices of Camp Nou, where they believe that if Ajax is eliminated there will be more opportunities to convince their managers to get rid of one of their stars.

Because Ajax has so far refused for 21 years to negotiate the departure of the midfielder. "We will not sell it this year," club representative Marc Overmars told De Telegraaf a month ago when he called for a possible minors club the coming summer. "Come back next year", he warned to ask "that players this year forty games with Ajax because they are not even for absurd economic amounts." That is why there is no special optimism in Camp Nou, but the Catalan club keeps looking or the situation could change if Ajax would eventually lose the next edition of the Champions League.

In this way, the Dutch club receives the Ukrainian second prize winners in the first round of the third and last round of the previous phase. However, the return will take place on August 28th, when there will be only three days to close the market in the Spanish league, further reducing the action margin of the Barca club, which is not the public favor of the player for the moment "Basically, my idea is to stay," De Jong stated three weeks ago on Fox Sports, although he added that "if I say I will stay and then I will go, they will tell me that I said I wanted to stay, but this is football and everything can change every week or every day. "If he did, Barcelona wants to be prepared.