VIDEO: Courteney Cox repeats her famous ‘Friends’ dance with a turkey on her head for Thanksgiving

venezuela November 27, 2020 venezuela Comments Off on VIDEO: Courteney Cox repeats her famous ‘Friends’ dance with a turkey on her head for Thanksgiving 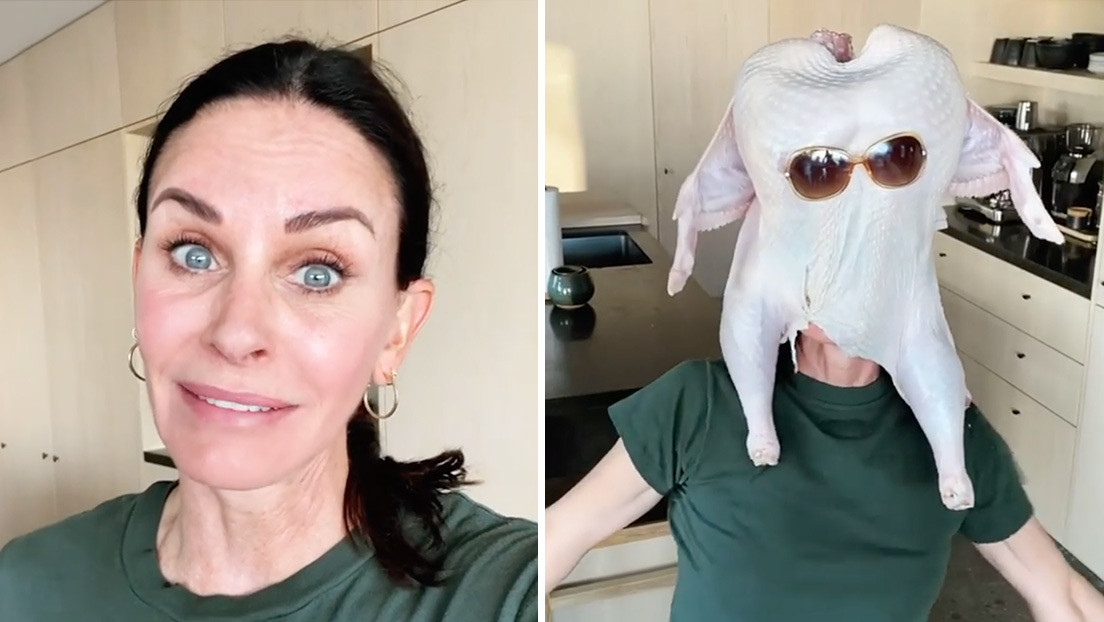 The actress complained about the popularity of that scene because as the party approaches, a lot of people send her memes of that dance.

On Thursday celebrated Thanksgiving in the US, actress Courteney Cox, who played Monica Geller on the hit television series “ Friends, ” recreated that character’s iconic scene with a turkey in the head.

In a video posted to his Instagram account, Cox wished something Happy Holidays to his followers, humorously complaining about the popularity of that scene, as Thanksgiving approaches a lot of people they send memes of her with the turkey on her head.

“If I get another fucking GIF with that turkey in my head, dancing like an idiot, then I’ll explode, ”the actress said, then went on to recreate the dance.