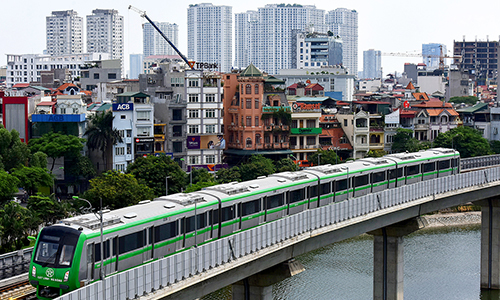 In the afternoon of 23 August at the meeting on the progress of the Cat Linh – Ha Dong railway project, Deputy Director of Project Management Vu Hong Phuong said the construction volume of the project was about 96% complete.

With unfinished items such as station architecture, units in the Depot, Depot infrastructure, Chinese contractors imported 95% of the materials, equipment and installation approximately 83%.

The project closed all system power and alignment equipment at the end of July. On 20/8 the main contractor started to carry out a test train.

According to Mr. Phuong, expected from 20/9, the project will carry out alignment, test all 11 specialized equipment systems, as the Ministry of Transport has reported to the Prime Minister. Time of test run t3-6 months, then commercial operation. 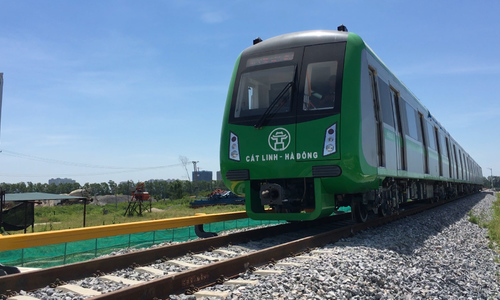 Mr. Phuong also reported to the Ministry of Transport. Chinese General Contractor has been delayed in completing and submitting detailed test procedures, maintenance procedures, and system security certification reports, and The Office therefore considers potential risks that affect the transfer of the project.

Transport minister Nguyen Van The said that vProject management has changed, but the project can still be slow. He asked Vice Minister Nguyen Ngoc Dong to coordinate with the leaders of Hanoi, by working with investors and related entities to solve problems, including the announcement of the operation process to study and supervise. .

"Commercial operation should be carried out up to 6 months after commissioning, "the minister said, adding that the urban railway project was an important asset if it was not served early enough to meet the needs of people, people are very wasteful. 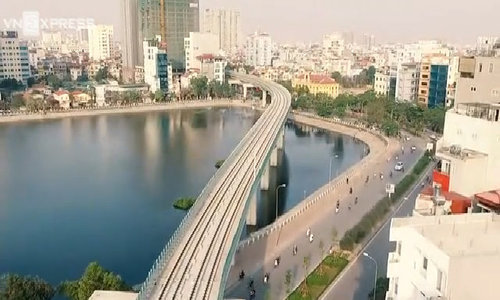 Experience the Cat Lai – Ha Dong Railway Station from above

Earlier, the Department of Traffic reported to the Prime Minister intends to run test track Cat Linh – Ha Dong expected from September 2. At some meetings Minister Nguyen Van The asked to shorten the schedule and walk the entire route in August, but this was not achieved.

Of the 13 trains of the project, the operation will use 10 trains, 2 maintenance teams, a reserve group.

Each train has 4 carriages of about 80 m and can accommodate up to 1,000 passengers. Ships stop at each station for a maximum of 30 seconds. Running frequency 6-7 minutes per trip, peak hours can be reduced to 2-3 minutes per trip. The ship sails at a speed of 80 km / h, but drives at an average speed of 30 km / h because of stations that are separated by only one kilometer.