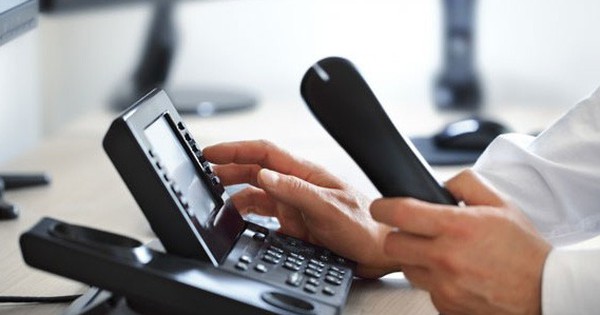 From the beginning of 2017 to now, the Ministry of Police Prevention of high-tech crime, police in Hanoi has received 30 cases with the total amount of fraud up to 30 billion. The case has the most money transferred by victims, is 4 billion.

"Evaporate 200 million" at a glance

Mrs. Tran Minh T., who lives in Hanoi, received a call from a self-appointed postal officer who informed her of a letter that was sent to the bank and read. Mrs. T. owes 38 million. Mrs. T. is very surprised because I am not owed money, this person has explained that she may have been criminalized to steal personal information and contact her. T. told the police via the number Machine 1068.

Later, a man who claimed to be Lieutenant Nguyen Van Thien informed the bank that her account was linked to an international money laundering line and that the bank had withdrawn 20 billion dong. Then they switched to Mrs T. with Tien, head of CSDT Police Ho Chi Minh. Mr. Tien said that Mrs. T. had been arrested by the Procuracy. 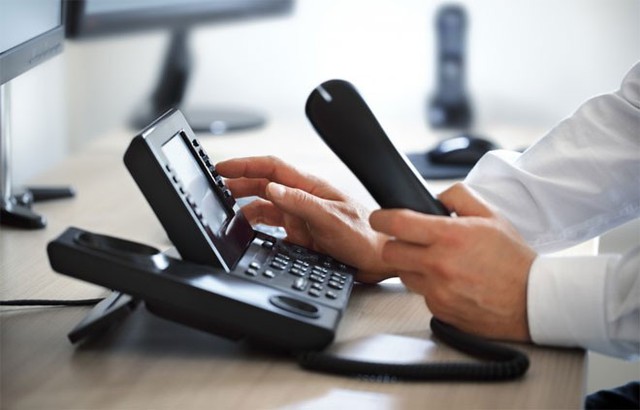 Citizens must inform the police when they get the message "stick" about international money laundering.

When Mrs. T. was confused about what was happening, they continued to transfer the machine to Mr. Son himself, identified as the Ministry of Public Security to destroy the case. Mr. Son said he was ordered to arrest Ms. T. and her husband and 17 indictments in connection with money laundering.

Mrs. T. was worried, scared, and told Mr. Son that she did not have the VND 20 billion in the bill. This man asked Mrs. T. to prove it. He knew that T. had deposited money into the bank.

To prove, Mrs T. must transfer all savings to the SCB bank at 37 Nguyen Dinh Chieu, the Hai Ba Trung District, Hanoi and open internet banking for inspection by the Ministry of Public Security within 24 hours. will refund the money if this money is not related to the case.

This man is even more threatening, when Mrs. T. does not transfer money quickly, her husband T. is immediately arrested, the scouts watch and surround her husband T. Also absolutely not disclosed The third person would otherwise be arrested for crimes and must be given 20 years in prison.

Anxiously, Mrs T. transferred the bank 1.4 billion. Later Mrs T. was again asked to register a transaction message on the telephone 01283946904 and said that this is a secret code from the Ministry of Public Security to secure the account of Mrs T. Failure to follow up the request will be immediately arrested.

Do not stop there, the subject also said that criminals keep an eye on her son T. at school, if not follow, it can not guarantee the safety of her children. Later the man continued to ask Mrs. T. to enter the username of the account. Shortly thereafter, the account of Mrs. T. 200 million was transferred to the account named Hoang Thi Bich.

When she suddenly woke up, Mrs. T. rushed to the bank to block the account. After Ms. T blocked the account, she received repeated calls that threatened her because she was against the order and would be arrested. Knowing that she was scammed and lost 200 million VND, Ms. T. has registered with the police to prevent high-tech crime, Police of Hanoi.

The case is only one of 30 cases in which the Crime Prevention Team uses the computer network, the Police Department of Crime Prevention and the High-Tech Police that were received from Hanoi in early 2017.

According to Lieutenant Colonel Le Ngoc Tri, the head of the Crime Prevention Team uses computer networks, the trick that fraudsters use to trick people into transferring money through their accounts is quite similar. They would make a phone call to the public counter and claim to be the postmaster who informs the content packet that people owe an amount to the bank if they are not paid. The object will say that someone has beaten. Personal information to open and spend that money should help to contact the police in Ho Chi Minh City to help investigate.

Then the other person claimed that he was an official in Ho Chi Minh City who informed people of suspected illegal money laundering of billions of dong. Then the object advises to transfer to the person who claims to be superior to asking the people to ask their supervisors to open an inspection. At the request of the object people go to the bank, open a new account in the name of the people themselves, but have to use the telephone number of the "inspection council" to provide the telephone registration service internet banking and deposit all the money on the account.

Then the new people knew they had been deceived and reported to the police. Lieutenant Colonel Le Ngoc Tri said that the victims of the fraud target by reporting to the police are mostly retired cadres, teachers … who always abide by the law. Calls often make the request of people who claim to be police.

Even cases of objects to execute fake arrest warrants have been sent to the victim via telephone. The team has received the case in which the victim is a retiree in Hanoi and has transferred the amount of up to 4 billion for three accounts with the above tricks. After he returned, he went to the police station to report.

One of the difficulties in clarifying these cases is the fact that the supervisors, often led abroad, communicate with Vietnam via the internet, but can not detect the internet providers. IP. Cooperation with the police in some countries has not led to the identification of subjects or not to the capture of the leader, the leader.

In particular, the verification process also shows that the account holders who transfer money to the victims are not the fraudsters but the people, even students in the poor rural areas, the shortage of the border concept. When they were called to work with the police, they said they were drawing up these accounts and selling them to the buyer for about 2 million VND.

In fact, the seller and the buyer of the account do not know each other often are led by another person. In some cases, the withdrawal was also verified in countries such as Malaysia, Cambodia … not in Vietnam.

In order to prevent fraudulent transfers of money through the account, Lieutenant Colonel Le Ngoc Tri advised people to be vigilant, not to change account information and not to transfer money. When detecting unusual calls or criminals, report this immediately to the nearest police and bank officer. The department also sent an official dispatch to the state bank's commercial banks and the stock stock to find out when people see that the bank is transferring large amounts of money into the account so that people can report trapped tricks or not.