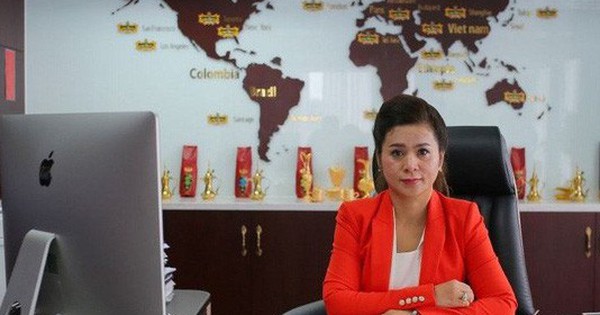 As co-owner, co-founder of Trung Nguyen Group and still the official and legal wife of Mr. Vu, Mrs. Diep Thao has officially pronounced on the lawsuit.

TNS has the original registered capital with ACRA of SGD 50,000 – the personal money of Mrs. Thao – with only one owner, Mrs. Le Hoang Diep Thao.

According to Thao, she got a fourth child in 2010 and in that time she is still deputy general manager of Trung Nguyen Group. In 2011, at the request of Mr. Vu TNS, Mrs. Diep Thao decided to transfer TNS to the system of companies under TNG in order to better facilitate the work and the development of the family and to manage the Group. This transfer is only transfer within the family, in the same group because the couple owns 93% of the shares of TNG.

On 11/1/2011, Ms. Diep Thao and TNG signed the transfer contract. The contract stated that it was the general manager of TNS and the sole representative of TNS with 520,800 shares (nominal value of 520,800 SGD) who wanted to transfer the shares to TNG. In fact, she is the person who signed the contract to sell TNS, but also the person who has signed up for herself. Consequently, this TNS transfer contract is only a form to restructure the Group.

Mrs. Hoang Deep Thao: "I have never distorted the signature of another person"

"I have never signed another person's signature." Compliance with the law is the most basic thing a businessman has to do! "

Ms Thao pointed out some unreasonable points in TNG's argument: according to the TNG regulations, the seal is kept secret by the secretariat. The secretariat only seals when it is signed by Vu. "With a company that is so safe and so strict, how can someone arbitrarily close the transfer file that Mr. Vu does not know and does not allow", she emphasized.

Mrs. Thao claimed, The sale of shares on the symbol of Singapore Dollar 1 was agreed by both parties. This transaction is fully accepted abroad when both parties have spouses with special relationships and they all have joint ownership in TNG. The Singaporean ACRA has approved the deal and transferred it to her as owner of the TNS on 10 July 2015.

The court in Singapore has suspended the case, so legally in Singapore, she is now the legal owner of TNS.

Mrs. Thao returned the seal but Trung Nguyen did not receive it

Deep Thao said that everything started on time with the sudden export orders from TNG to prepare for Christmas and New Year. If the deal is delayed, her company will be fined more than $ 4.8 million for 44 orders. For example, she personally came to TNG on 16 October 2015 to seize the seal, because she is the chairman of the board of directors, the general manager and the legal representative of Hoa Binh's coffee stock organization. Tan Trung Nguyen. According to Mrs. Thao, because she knew she was the owner of Trung Nguyen, the Registry gave her the complete seal and registration certificate for her.

After the completion of the work, leaving TNG outside the risk of breaking the international distribution system, Thao repeatedly proposed to transfer the seal and company registration certificates of the company. TNG refused to receive it back. The Zhongyuan has revived the seal, the business license and the normal use.

According to Ms. Diep Thao, all disputes and disputes caused by TNG are the result of the sudden resignation of Mr. Dang Le Nguyen Vu as deputy general manager in April 2015. when she is still the main shareholder of this group. On September 22, 1977, the People's Court of Ho Chi Minh City canceled the decision to dismiss Deputy General Director of Ms. Thao. The reason for the cancellation is in accordance with the law on companies and the charter of the company, the chairman (Mr. Vu) does not have the authority to dismiss the important manager of the company (Mrs. Thao).

At the same time, the Court announced the resumption of Ms. Thao's deputy general manager at Trung Nguyen Group and asked Dang Le Nguyen Vu not to forbid her from leading and leading the group.

On 10/10/2017, Mr. Dang Le Nguyen Vu and the Trung Nguyen Group Joint Stock Company lodged an appeal against this verdict and continued to issue a decision on the removal of Deputy General Director of Mr Diep Thao.

On 7/2/2018, the People & # 39; s Supreme Court in Ho Chi Minh City appealed the case, but Mr. Dang Le Nguyen Vu has postponed the trial. So far, the court of appeal has not yet reopened after more than 6 months, although the maximum reopening period is after 30 days.

That is why, since the judgment in first instance of the HCMC People & # 39; s Court, Thao has not yet returned to running the company that he has established and is co-owner.