Story around the royal family of the king: thinking period? | social 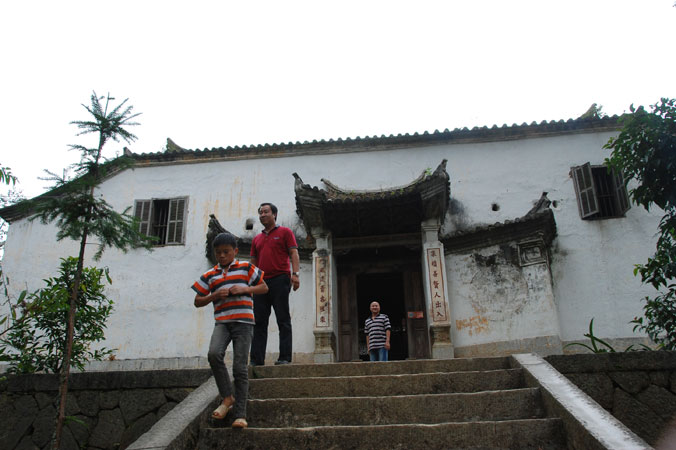 President Trieu Duc Thanh (his father Trieu Tai Vinh, member of the Central Party Committee, secretary of the Provincial Party Committee of Ha Giang, now has the official document No. 482 / CVUB of 20 March 2002) agreed with the content and text in the announcement of the Ministry of Culture and Information. Recommend the ministry to carry out early issuing.

Later it can be said that the most important points in the announcement have been resolved.

An official and advisor to the Ethics Minority Administration is the National Committee for Ethnic Minorities, Vuong Quynh Son, who died of a serious illness in 2008. And in 2016 Vuong Duy Bao, an official of the Ministry of Culture, retired.

Perhaps from the blue sky, the King Vuong Quynh Son can not imagine that four years later, in 2012, everything can flop? That the officials of Ha Giang had done something that, while they were still alive, could not even imagine that the owner of the palace was another person! This is the red book of the palace that was issued to the Ministry of Culture and Information Dong Van.

Mr. Vuong Duy Bao, the son of the master, has never been seen. But recently, in June 2018, Mr. Bao submitted to the Deputy Minister of Culture, Sports and Tourism, Dang Thi Bich Lien proposed clarification. How is the allocation of land use appropriate certificates and assets on land to the relics of the Vuong residence? The Ministry of Culture has forwarded Mr Bao's application to Ha Giang province and later the Ministry of Natural Resources and Environment wrote the ministry. The department has confirmed that the Vuong residence has received a certificate for the use of the land use. Land users, owners of houses and other possessions who are connected to the country, is the Office of Culture and Information Dong Van.

Accordingly, Ha Giang's Department of Natural Resources and Environment confirmed that the issuing of certificates of land use to the Ministry of Culture and Information "is fully in accordance with the law".

I review the last document of Ha Giang Department of Natural Resources and Environment signed by Mr. Hoang Van Nhu on July 24, 1818. It is clear that the issuance of red books to the Ministry of Culture and Information Dong Van. Completely in accordance with the law … Contrary to what I thought, the grumpy Mr. Bao laughed. Laugh rather openly with funny words, I have no idea how they do it?

Tell the reporter that this is a bit funny. By this time, the leader of Ha Giang Province, Mr. Trieu Duc Thanh agreed with the written notification from the Ministry of Culture and Information, but has not yet succeeded. Do you know that the secretary of the provincial party committee Trieu Tai Vinh has been consulted about this? And Mr. Vinh knew that his father agreed with the decree of the Ministry of Culture 18 years ago?

Our family has the right to a legal inheritance, of whom I have maintained a lot of contact and issued the certificate of land use rights of the residence to the Ministry of Culture – Information Dong Van Long-term management from 2012 What is so funny and unacceptable?

I asked Mr. Bao, who was a member of the Ministry of Culture, do you know how to deal with such problems? Mr. Bao immediately replied that he had consulted a lot of employed and retired colleagues and lawyers, The fact that Ha Giang province deprived land use rights related to the palace of his family Wang is unreasonable and illegal. This red book must have been given to us by the Wang family who lived there for almost a hundred years!

Mr. Bao also shares the opinion of the lawyers he refers to, the settlement of the full ownership of real estate by the people happened mainly in the period after 1954 in the north and after 1975 in the south. However, the family members of the Wang family did not belong to the above cases because some people lived in them and stabilized until 2002, before the authorities forced them to move temporarily to recover. area. On the other hand, Article 1, paragraph 1 Law of cultural heritage "Organizations and individuals have legal ownership of cultural heritage". Law of cultural heritage called the United Kingdom relics, not to mention the question of nationalization of personal property after the restoration of monuments. Article 158 of the Land Act 2013 (as well as the previously announced land laws) recognizes and protects the right to use land of individuals and households on an area that contains historical-cultural sites. landscapes. That is why the Wang residence is the legal property of the Wang family. If the property is illegally withdrawn, this is a violation of the Constitution. Moreover, Vuong Chi Sich was a member of the Revolutionary Party, a member of the National Assembly of the first and second term, and he received the "Great national unity" medal by the state. The maintenance of the palace, property as a place of worship, meeting with relatives is the inevitable question for the next generation of the Wang family.

According to Mr. Bao, I also know that Deputy Prime Minister Truong Hoa Binh, after his application, recently asked the Ha Giang People's Committee on 16/8, reported the Ministry of Culture, Sports and Tourism. process of handling and solving his petition, including issuing a certificate of land use rights of the mansion.

Hear and scold! Happiness is the letter from the citizen Vuong Duy Bao replied early. Incidentally, almost 20 years, the roadmap and the process of protection of the legitimate ownership of the palace of the United Kingdom is repeated.

But this time, shortly after Vice Prime Minister Truong Hoa Binh had asked the Ha Giang People's Committee, the Ministry of Culture, Sports and Tourism reported; The media worry about the incident, the province of Ha Giang and the authorities have corrected in time.