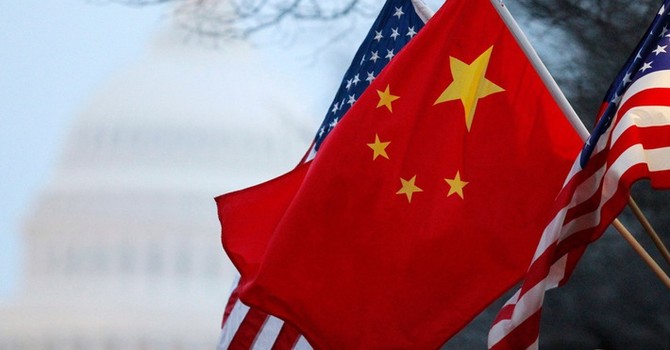 Trade negotiations held in Washington between US and Chinese officials last week have not worked, and this is seen as a signal that the two parties will soon stop firing. In the future, the United States can raise a maximum of 200 billion dollars in China, and Beijing has announced its willingness to respond.

"We will see an escalation in the coming months," said David Dollar of the Brookings institution.

On Friday, Trump called for new restrictions on investments from China. "To date, we have not paid enough attention to China, which has taken a long time," Trump said Thursday at the White House, and signed a law that would increase power. The Foreign Investments Commission in the United States (CFIUS) – the authority to block acquisitions based on national security.

On Friday, US officials met European and Japanese counterparts in Washington to discuss ways to force China to change policies.

All these developments were seen by analysts as a triumph for the hardline side of China in the Trump administration.

Earlier this year, when US Treasury Secretary Steven Mnuchin and US trade minister Wilbur Ross arrived in Beijing for talks in recent months, it was an important priority to ensure that China used soybeans, gas and other American goods to Reduce US trade deficit with China.

But now the goal of the Trump administration is much greater. Washington demands that China make structural changes to its policies, such as the end of industrial subsidies and the situation in which the United States regards China as stealing intellectual property. These are things that are motivated by "hawks", including American trade representative Robert Lighthizer and business adviser to the White House, Peter Navarro.

A growing demand means that the trade war will not end soon.

Moreover, the steady growth of the American economy can now enable the Trump administration to increase trade. US companies complain about rates, but also benefit from Trump's tax cuts. The Dollar expert from Brookings Institution says the real impact of tariffs on the US economy will be visible in 2019.

Recently, US Federal Reserve officials mentioned the trade war as a major threat to the US economy, but not in the short term.

Fed Chairman Jerome Powell said Friday at a Fed conference in Jackson Hole that the US economy will continue to grow and that the rate of interest rate increases will be maintained. In this speech Jerome did not mention the trade war.