Young people do not go to work before 7 pm, so it is too early!

In addition to the basic working time from 9 a.m. to 6 p.m., Sharma Thai Van Linh said that young people should stay in the company to do more work, study more knowledge … to be fully prepared enough for the opportunity to find.

3 job interviews are equal to the preparation for 10 years

Not the famous TV star or actor, but Shark Thai Van Linh, director of the strategy and operation of VinaCapital Investment Fund, is still loved by many young people thanks to the simple, very focused parts. Recently, when Shark Linh appears at an event in Ho Chi Minh City, he continues to inspire those present to talk about happiness and preparation needed to get lucky.

Prior to this Sharon Thai Van Linh worked at large financial companies and at startups in the US. In 2008 she returned to Vietnam as operational director for VinaCapital after only three telephone interviews.

More specifically, she said that 3 interviews were equal to 10 years of preparation. Because you only asked for all the knowledge you had in the past 9-10 years, you can ask questions about financial analysis, market forces, operations, strategy, … generally know everything.

"Those things that can not" judge "within 1-2 days are all known," she said. 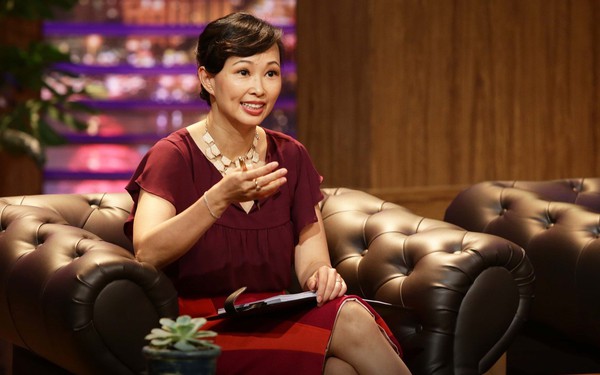 Young people should not go to work before 7 pm

According to Shark Ling, happiness is created by every person. Many people think that their lives are unlucky or unlucky, while others are still lucky. But it is possible that those who complained were lucky only that they did not know how to contain it.

"When Linh has bad luck, Linh has prepared 10 years ago: Tips for you are not important what you want to do, which industry, which area is important for you to grow as how".

"The most basic is that you go to work between 9.00 and 18.00, but then you have to do something more. You do not have to go before 07:00, that's too early. You can continue to do more work, respond to e-mail, study more, until you can also study more. "

"Only then will you be prepared to take advantage of the opportunity," Sharma concluded.

It is not the first time that Shark Ling advises young people to concentrate on the development of their work. Last year, during an exchange between the "sharks" in the game show Shark Tank Vietnam With students in the capital, Shark Ling said that young people at the age of 20 should concentrate on work instead of thinking about the balance of life.

When they are 20 years old, they can easily say "I do not know" and many people will be willing to help, noting that until they reach 30 or 40, there are many problems they can not keep saying: "I do not know".

"Then, in the twenties, you should not think about how your life will be." The two are the only opportunity to learn as much as possible, "said Shark Linh.

According to Cafebiz / Young Learner