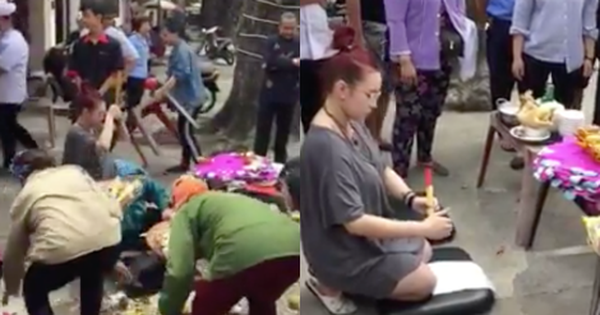 The lunar month of July is also called "the soul". On the 15th, 16th, families in the South have the habit of "worshiping soul". The offer is usually placed on a tray that is placed in front of the house to pray. When they are ready, they often leave the children's drawer or the way to get food until the drawer is completely cleaned. People call it a culture of soul and soul.

Recently, on the 25/8 (ie July 15 lunar calendar) on the social network, clip about the soul jokes seemed to attract a lot of attention. While the owner was burning incense, not in vain, a woman in purple dress next to him quickly grabbed the chicken neck.

The crowd was "fed up" and began to plunge into the ditch. They crammed, stuck, scribbled and used every object on the body to shake as much as possible. Meanwhile, between the "chaotic sky", the host is still very calm worship. 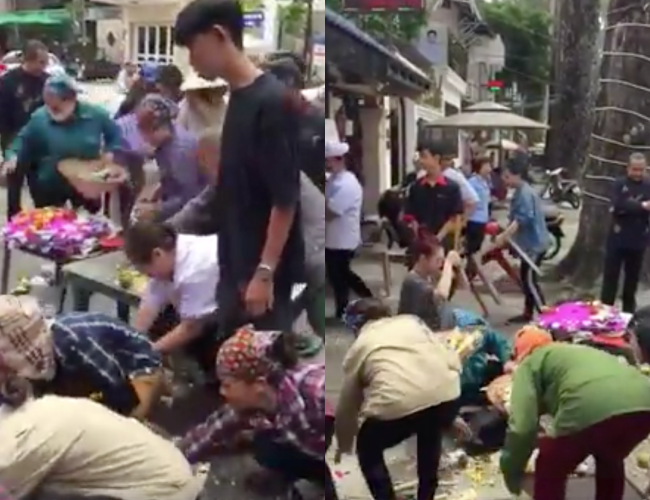 People in chaos shocked the soul. Clip of clip.

Many users say that this is the customs and culture of the Saigon population in particular and the South in general, and not the bad image such as theft and theft.

Friend H.A. Comments: "NMany people see that this is not in the south, in July it is just a joke. This person found it normal, there are too many people are homeowners have not yet incense incense shot to lose the chicken is somewhat annoyed.

Mr. T.T. part, "Etiquette Drawing the soul in Vietnam is a normal festival. Not everyone who sneaks is poor and hungry. NThank you that we found that the other house was so heavenly. There is a team there, but in the end I and you are pretty good. "

In many other opinions, however, it was said that this culture is being transformed. Perhaps because the value of worship increases, the culture "shocked soul" changes in the negative direction. 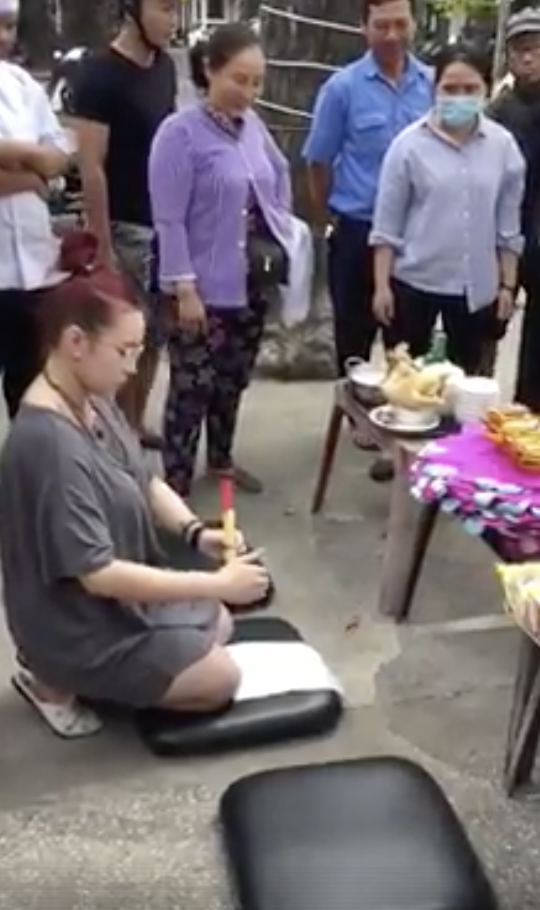 Meanwhile, the owner does not have incense incense yet. Clip of clip.

"The twist of a ghost is a local culture on every full moon in July, but now the traditional culture is unfortunately getting uglier", one that you share.

"The act of jerking the soul is more courageous than first, wait at least until the owner is ready, but in such a, very disgusting eruption. This made many homeowners angry, panic when the squat squatted, both young men and women rushed into the whole caramel ", you Q.A. Comments.

In July of this year, Chinatown and many other areas in Saigon are no longer walking people who have taken the money from the robbery to the soul so many years ago. Local authorities have forbidden this organization to ensure order and security in the area. 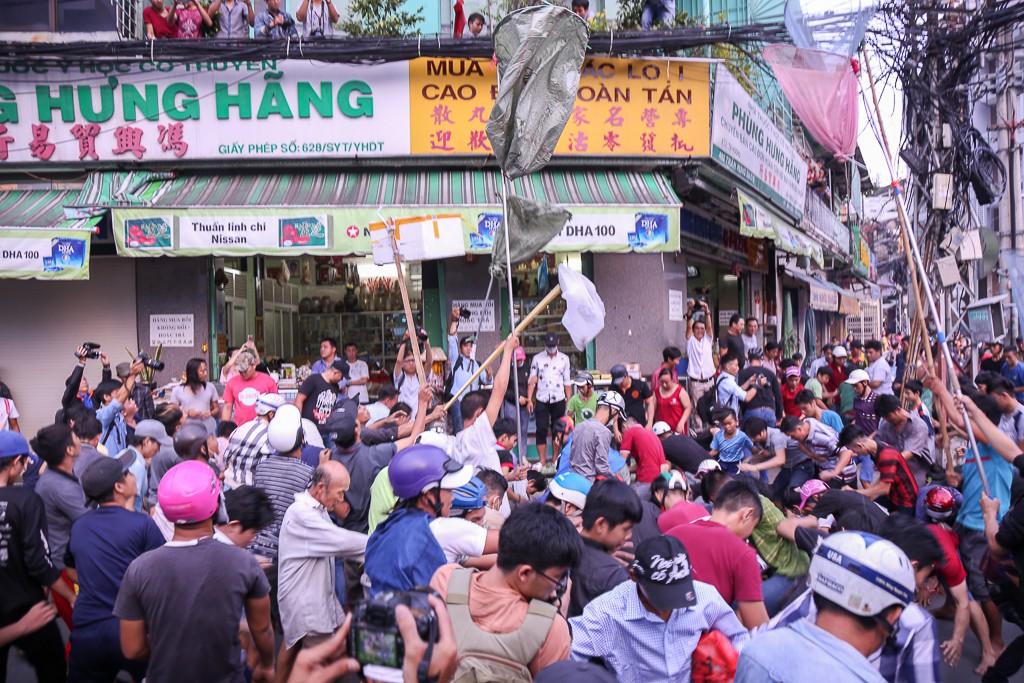 Many years ago, the city of the United States and many other areas in Saigon often celebrated effervescent scenes with its soul at the expense of a hundred million. Normally, on the afternoon of the 15th day of the seventh lunar month, after the worship service has ended, the owner often lets go and throws money to the people to pray for happiness.

2017, from More than 17 hours, hundreds of people drove 492 Tran Hung Dao B (District 5, Ho Chi Minh City) home with all kinds of attributes from simple to high-level money to cause straatchaos. Many young men pedaled further and pushed each other to create a rather depressing image.