Beautiful fireworks glistens in the air of Saigon to celebrate independence Thousands of people burst into applause, applause applause when the beam of beautiful fireworks in the sky sparkle Saigon to celebrate the independence of the country in the evening of 2.9.

On the right 21 o'clock the pyrotechnics show starts at a high altitude on the roof of the Thu Thiem tunnel (district 2, HCMC). 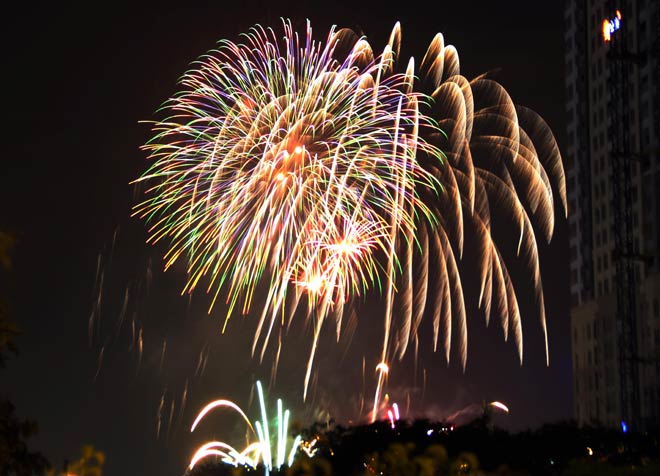 Every fireworks blows in the air with all kinds of light with a color that many people do not praise. 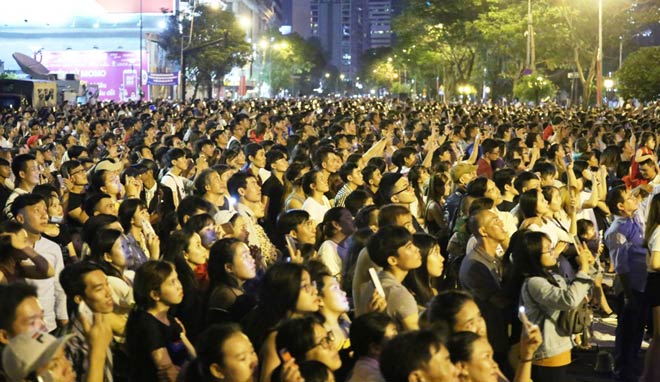 Enough shimmering beautiful shimmering mixed with the sound. When fireworks flashed through the sky, people watched and applauded "I went with my friends to the Van Kiet Boulevard area to see the fireworks. The fireworks with the Tet holiday were very independent and sparkling," said Nguyen Thi Quynh, who lives in District 2. 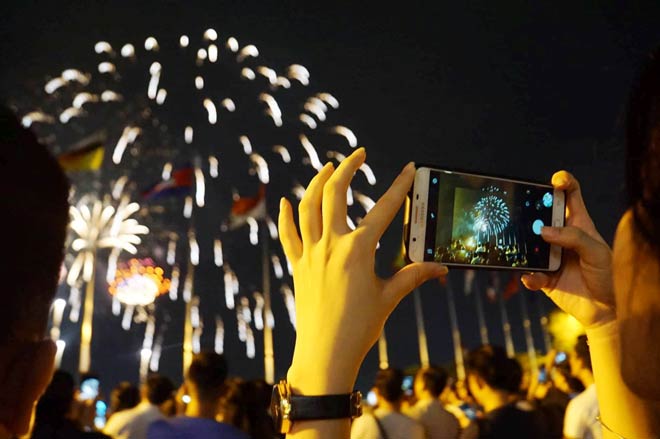 Fireworks did not mind. Every time the fireworks exploded in the air, many people roared and applauded. 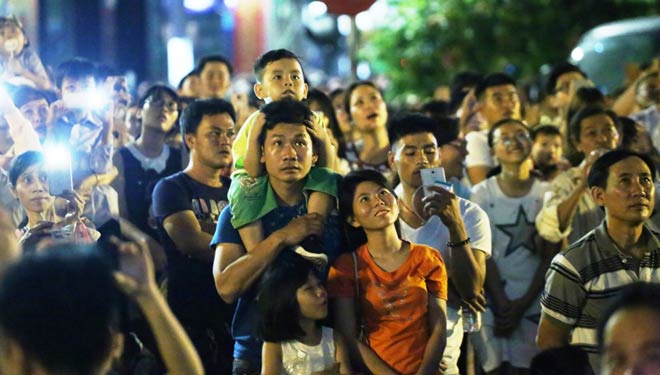 "Every year I go to look at the fireworks and every year there are different beauty.This year I saw a big fireworks show," said Tran Van Dong, resident of District 7. When the fireworks show ended, thousands of people ran out into the street to come home, which led to traffic jams. On this occasion, Ho Chi Minh City also held fireworks at a low level in the Dam Sen cultural park (district 11) to serve the people and tourists. 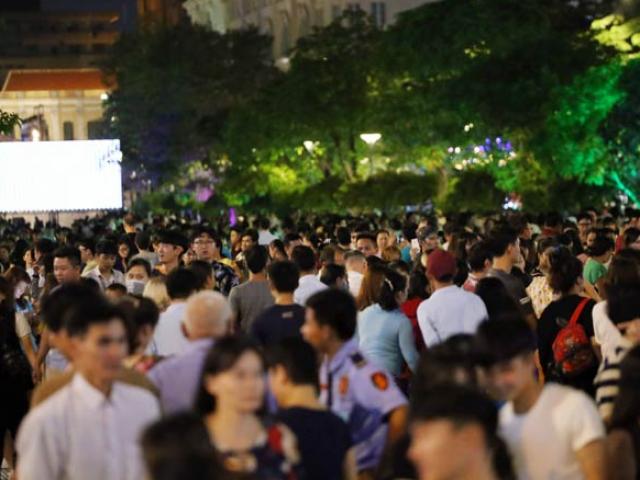