Mr. Truong Dinh Tuyen is head of socio-economic consultancy in Nghe An province 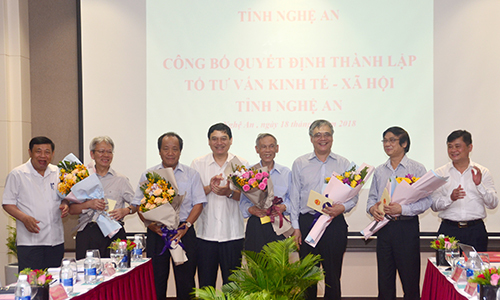