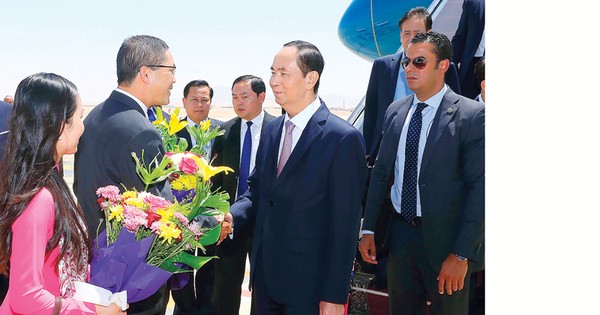 The pride of the two peoples 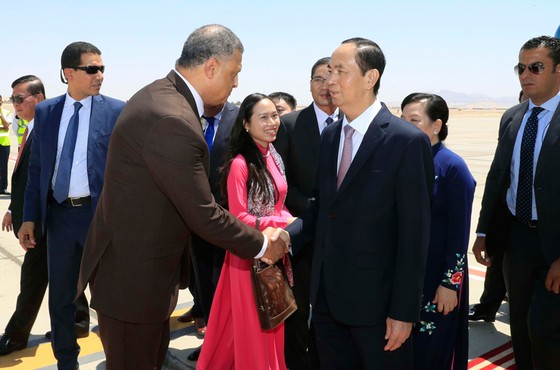 CState visit to Egypt by President Tran Dai Quang is the first official visit by the head of state to Egypt since the two countries have concluded diplomatic relations in 1963. The visit It is important not only to respond to the visit of the Egyptian President Abdel Fattah El-Sisi to Vietnam in September 2017, but also to reaffirm the commitments signed by both parties in 2017, Promotion of measures to promote bilateral cooperation in all aspects, such as politics, economy – trade and investment, culture and education, to reinforce.

Vietnam is always congratulating the great successes that the state and people of Egypt have achieved in recent years, making the country one of the three largest economies in Africa. , have a growing role and influence in the region and in the world.

Develop the relationship in the direction of essence, efficiency

In an interview with Egyptian journalists, President Tran Dai Quang noted that after the visit of President Abdel Fattah Al Sisi to Vietnam in September 2017, the friendship and the multifaceted cooperation between Vietnam and Egypt flourished. The visit of President Tran Dai Quang to Egypt reaffirmed Vietnam's wish to further promote the momentum of development in the bilateral relationship in a substantial and effective way. Egypt is now the fifth largest trading partner of Vietnam in Africa. The export sales of the two countries increased steadily each year, the first 6 months of 2018 increased by more than 44% in the same period last year. Cultural cooperation, education and exchange of people between the two countries are promoted. Egypt supports the training of Arab students in Vietnam. Both sides signed a Memorandum of Understanding (MOU) on cooperation in the field of tourism, the program for cultural cooperation and tourism, and encouraged the promotion of tourism promotion and cultural exchanges in each country.

In the coming time, cooperation between the two countries will have many opportunities and great prospects for the market of about 100 million people in each country, there are many advantages to strengthen the export of goods have strengths in each others market. and support each other in expanding the market. Vietnam is ready to support Egypt's access to the Association of Southeast Asian Nations (ASEAN) and Vietnam can travel through Egypt to the Middle East, Africa. With the establishment of the Chamber of Commerce and Industry of Vietnam and Egypt and the success of the first session in April -18, President Tran Dai Quang believed that the bilateral trade objective of $ 1 billion will reach the two countries quickly.