Blocked the alley without escape, two thieves thief using a knife to hit the two wounded "knight" and run away. The alley where the two suspects make a case. Photo: HA The alley the thief ran into blocked the escape from the escape route and had to be reckless.

According to the team of "knight" Bien Hoa, about 4 o'clock on the same day, people were told that the two young people were breaking the door lock of a house in An Binh ward to steal motorcycles, so he and Hung had to judge. On arrival, the two defendants fled and fled. 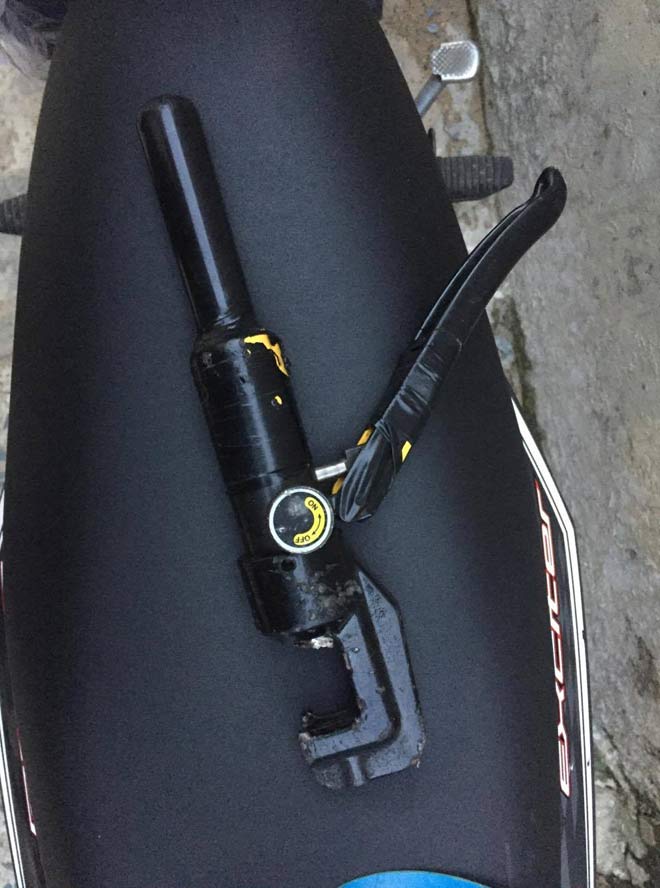 The tool was used by two suspects to make the door lock.

Because of the blocked end of the alley there are no escape routes, the two suspects have taken the risk to hold the knife to Mr. Ho hit the spot, causing Mr. Hung to get hurt in the hand. The project is complete, 2 suspects in the car have escaped from the scene. Two "knights" were then taken to the emergency hospital.