Two protesters provoked protest and said bad leaders in Can Tho 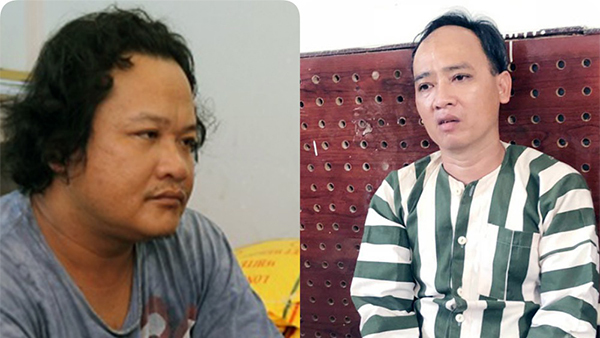 – Two persons were arrested for posting articles, slander images, defamation for the party, the state and the national assembly.

Can Tho Police said today that the district police Ninh Kieu Detective Doan Khanh Vinh Quang (42 years old, who resided in the Ninh Kieu district) had condemned to "Illegal computer information" to implement, telecommunications network, "according to Article 288 of the Criminal Code 2015.

Police have established that Quang Facebook personal name "Quang Doan" has been set up to place and share articles and images that distort the party's guidelines, guidelines and policies, the State; slanderous Party, State, National Assembly; Post the article called the road March, protest.

The investigation, the authorities, Quang also discovered a message with a foreign object to slander the Party, the State. At the same time, through the search of the authorities seized many exhibits and accompanying documents.

Getting the object of spreading anti-state documents, provoking the protesters

Ben Tre police security research agency has urgently arrested a person who is acting against the state.

The two suspects have printed and distributed thousands of folders, calling for employees to protest unlawfully.

Get members of Viet Tan to carry weapons against Vietnam

Prosecutors object to encouraging people to protest against the law

By using the fact that the National Assembly discusses the 99-year lease of land to special economic zones, two test subjects have printed many documents, disrupted pamphlets and called people to protest illegally.