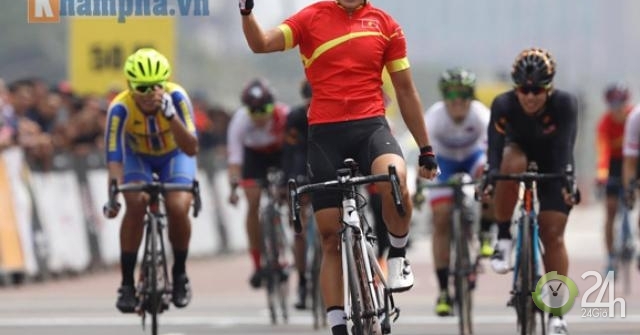 Nguyen Thi Truc is the biggest hope for a gold medal for TTVN, after the other names such as Hoang Xuan Vinh, Anh Vien and Thach Kim Tuan were disappointed. There was a huge crowd cheering for the athletes. Photo from Indonesia

Results some qualification tests for groups

– 200m butterfly swimmer, Le Thi My Thao with 2 minutes and 12 seconds to win the final round at 7pm.

– In the qualifying round of 100m swimmers, Dinh Chuyen and Quy Phuoc competed vainly in the 22nd and 24th, so they did not win any tickets to the final.

Two female gunners, Nguyen Thi Ngan and Nguyen Huyen Trang respectively 415 and 396 points at place 24 and 26 won no tickets for the last shoot.

As the defending champion of Asia, Nguyen Thi That is one of the most anticipated names in ASIAD.

In February, the An Giang champion of the Asian cycling race of 2018 took place in Myanmar. She completed the route of 106 km after 3 hours and 11 minutes and 59 seconds, won the gold medal.

Previously, Nguyen Thi That also won his first victory in a cycling race in Europe. She completed the 126 km with a time of 3 hours 14 minutes and 20 seconds and reached an average speed of 38.5 km / h.

Bicycles take over the first HCV

However, long-distance bikes are often hard to predict on the track, so the professionals and fans hope that Nguyen Thi Truong will have a happy day and bring the HCV first for the Vietnamese sports delegation at ASIAD 2018. Phuong Giang goes to the final of the school at 10.00. Before that, Wushu brought a bronze medal to Thuy Vy on August 21 and a silver medal from Pham Quoc Khanh.

Waiting for medals of gymnastics

Vietnamese gymnasts will participate in the men's and women's team competition, where men's events are expected to be medals.

* Note: the schedule may vary depending on the organizers.