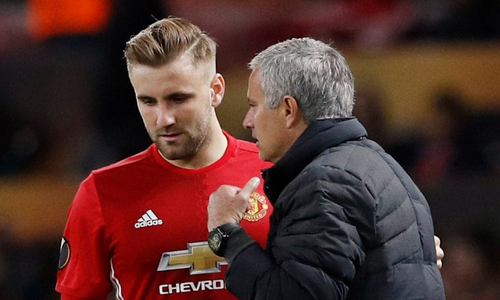 "Man Utd has a lot of talents, but our performance does not show that," Shaw said. "We have not shown the willingness to beat West Ham, I have to admit that United has played badly, from individual to collective."

Shaw almost left Old Trafford in the summer of 2018 because of criticism Jose Mourinho coach. But he remains and occupies the official position early in the season. The 23-year-old defender defended Mourinho by saying: "The players have to look at themselves because they are the ones who play." Defeat West Ham, show off the side Man Utd, but the performance was so bad. "

Mourinho gets a hammered public opinion after the recent bad results of the Utd. In addition, he was accused of controversy with midfielder Paul Pogba. The Portuguese coach broke the captain of Pogba last week and scolded the Frenchman during the midweek training.