The expression "golden hope" seems to become the "sport" of the Vietnamese sports delegation at ASIAD 2018, when 4 days did not win gold medal winners.

Today the 22nd Asian Games – ASIAD 2018 On the fourth official day of the tournament we regret one more time. Golden hope in cycling, Nguyen Thi Who did not overcome himself in the 104km ladies race content. 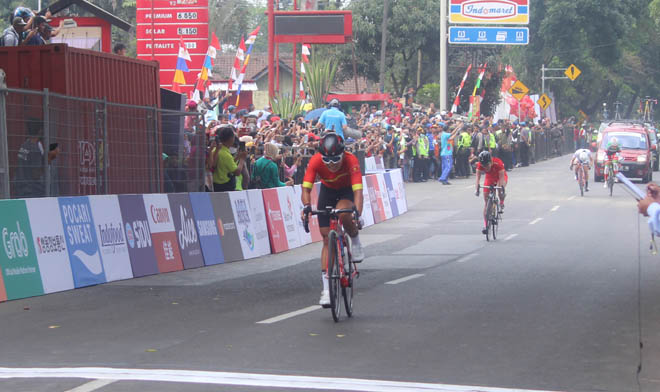 Despite being in the top 10 in the last 10 km, when entering the last pass, the Asian champion was unexpectedly short of breath and he accepted the No. 5 final. After Nguyen shared Thi Truong after the race, she admitted that her opponent was too strong and tried her best.

It seems that the expression "golden hope" is currently becoming the "punch" of Vietnamese mass organizations. In the past four days we have seen successive athletes who are expected to fail in the gold medal.

Wushu, who won the gold medal in Korea four years ago, could not defend the throne and only won the bronze medal. However, for the competition much depends on the feelings of the referee, the performance of Thuy Vi are acceptable.

Another golden hope is the world champion weightlifting 2017, Thich Kim Tuan. Athletes born in 1993 can not change the color from "silver to gold" as promised for the tournament. To Yun-chol, which has a good performance at 287kg, is 7kg higher than Thach Kim Tuan.

HCV Olympic 2016 Hoang Xuan Vinh also did not perform well at the moment. He did not even finish the 10m male pistol. Despite 579 scores as two other athletes, Vietnamese gunners are eliminated by the secondary (less 10 points).

The biggest disappointment so far is probably "Little Fish" Nguyen Thi Anh Vien. Although prepared for the contents of a mixed pool of 400 m for women, but the hope of the Vietnamese delegation on the 5th goal: the performances at this congress are even worse than in the time of time. beforehand. 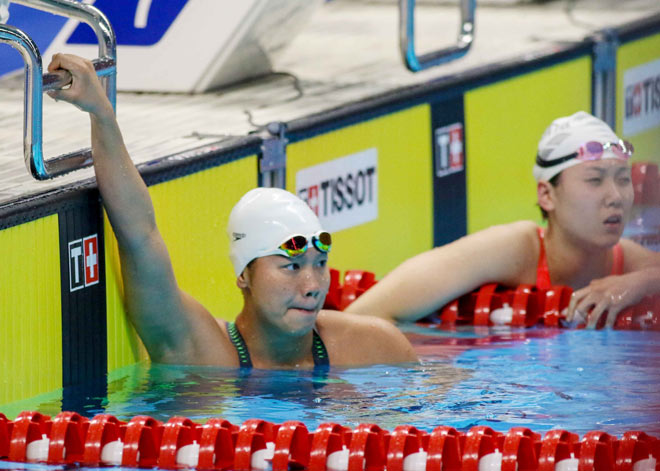 The psychological pressure together with the technical error in the butterfly of 50 meters is considered the main cause of this failure of the angel. Tomorrow, "Little Mermaid" will enter the 200m mixed content and hope that she will be able to overcome psychological barriers in order to be able to play better.

Expect a lot and still a convincing performance is the team U23 Vietnam. Master Park Hang Seo won all three rounds and meets U23 Bahrain in round 1/8. Although the medal ambition is something beyond the reach, Van Resolution and his teammates hope to preserve the style and create the vibration of Asia.

ASIAD 2018 is still happening and the Vietnamese sports delegation still has a lot of hopeful content. The failed start of the "golden hope" will be the driving force for the upcoming athletes to bring glory to the country.

U23 Vietnam is a champion candidate and is ready to host all round knockout players.